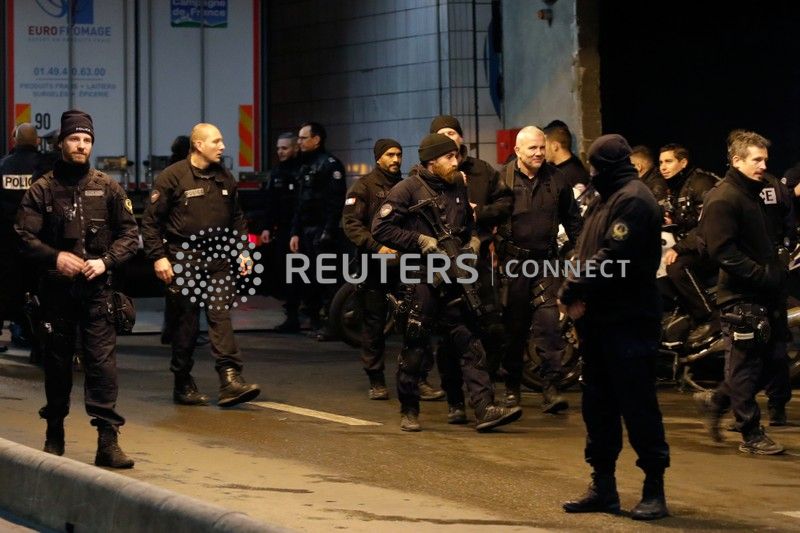 French police secure an area in a tunnel at La Defense business and financial district near Paris, France, December 13, 2019 after police officers shot dead a man who threatened them with a knife . REUTERS/Charles Platiau

PARIS (Reuters) – Police officers shot dead a man who threatened them with a knife in the Paris business district of La Defense on Friday, police sources said.

A security man had alerted police to the presence of a man armed with a knife in La Defense Square.

The suspect rushed towards the three-men patrol that had gone to check the situation, wielding the knife and shouting: “I am going to kill you”, the sources said.

Seven shots were fired, with two shots hitting the man in the chest and in the thigh.

The man, a 42-year old Moroccan, had escaped from a psychiatric ward in June, a police source said. No further details were immediately available.

In October, an IT worker at police headquarters in Paris killed four co-workers before a police officer shot him dead, an attack which is being investigated by France’s anti-terrorism prosecutor.