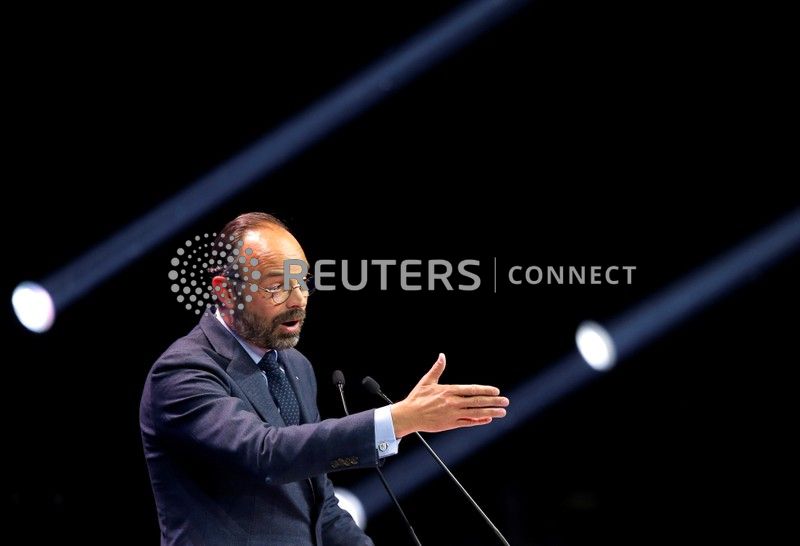 FILE PHOTO: French Prime Minister Edouard Philippe delivers a speech during a political rally of the Renaissance (Renewal) list for the European elections, in Strasbourg, France, May 11, 2019. REUTERS/Vincent Kessler/File Photo

PARIS (Reuters) – France is examining legislation banning supermarkets and producers from destroying unsold non-food items, said Prime Minister Edouard Philippe on Tuesday, as governments around the world look to cut down on waste and protect the environment.

“We can avoid the scandalous waste of products and objects that are in perfectly good condition,” Philippe told reporters.

France already has legislation in place to ban supermarkets from destroying unsold food items, and any new legislation would tackle objects such as clothing, electronics or plastics. (https://reut.rs/2WLUw1h)

Single-use plastic items such as straws, forks and knives as well as cotton buds are also due to be banned in the European Union by 2021 as the bloc pushes manufacturers to step up their recycling efforts.

Last month, Carrefour and waste recycling company TerraCycle launched an initiative to tackle the problems of plastic waste threatening to destroy the environment.