French experience will be Wakeham’s weapon 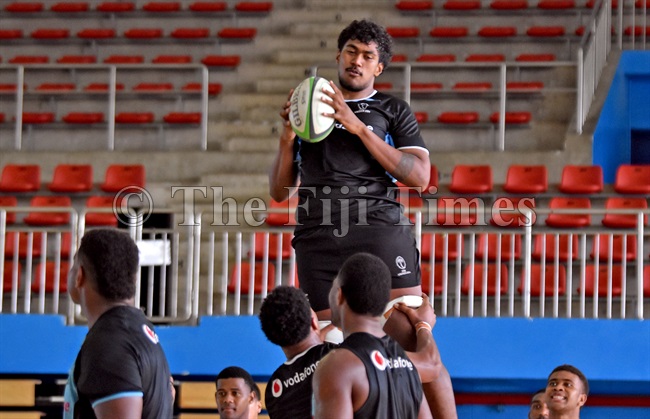 Jenerio Wakeham practice a lineout with teammates during the Fiji U20 team training session at the Vodafone Arena in Laucala Bay, Suva on Wednesday, June 15, 2022. Picture: JONACANI LALAKOBAU

Fiji under-20 squad member Janeiro Wakeham will incorporate all he had learnt from his Stade Francais, Paris club when he runs out in the national jersey at the Oceania Rugby U20 Championship at the Gold Coast in Australia in the coming days.

The former Suva Grammar School student said he noticed a lot of differences in the style of play when he joined his club.

“There is a big difference in rugby played in France and in Fiji,” said Wakeham.

“It was a really good experience in my first season. I learnt a lot from them and noticed a big difference in the styles of play. I will share with my fellow team members what I have learnt and hopefully what I share with them will benefit Fijian rugby.”

Rubbing shoulders with some of the world’s best is something the Savusavu lad cherishes and he makes the best of the opportunity everytime.

“I am lucky to share the field with seasoned and senior players such as Waisea Nayacalevu and Ngani Laumape.

“There are a lot of talented players in the squad and we have been blessed to learn from these two.”

Going up against New Zealand, Australia and Argentina in either 15s or 7s is never easy and Wakeham knows they will have to fight hard for a win.

“We will work together and try our best to perform well.

“They are really good teams and to win against them will certainly not be easy.”

The national U20 side takes on New Zealand in their first match this Friday at Sunshine Coast Stadium at 9pm.

Their second match is against Australia at 8pm on Tuesday, July 5, while they face Argentina on Sunday, July 10, at 6pm.