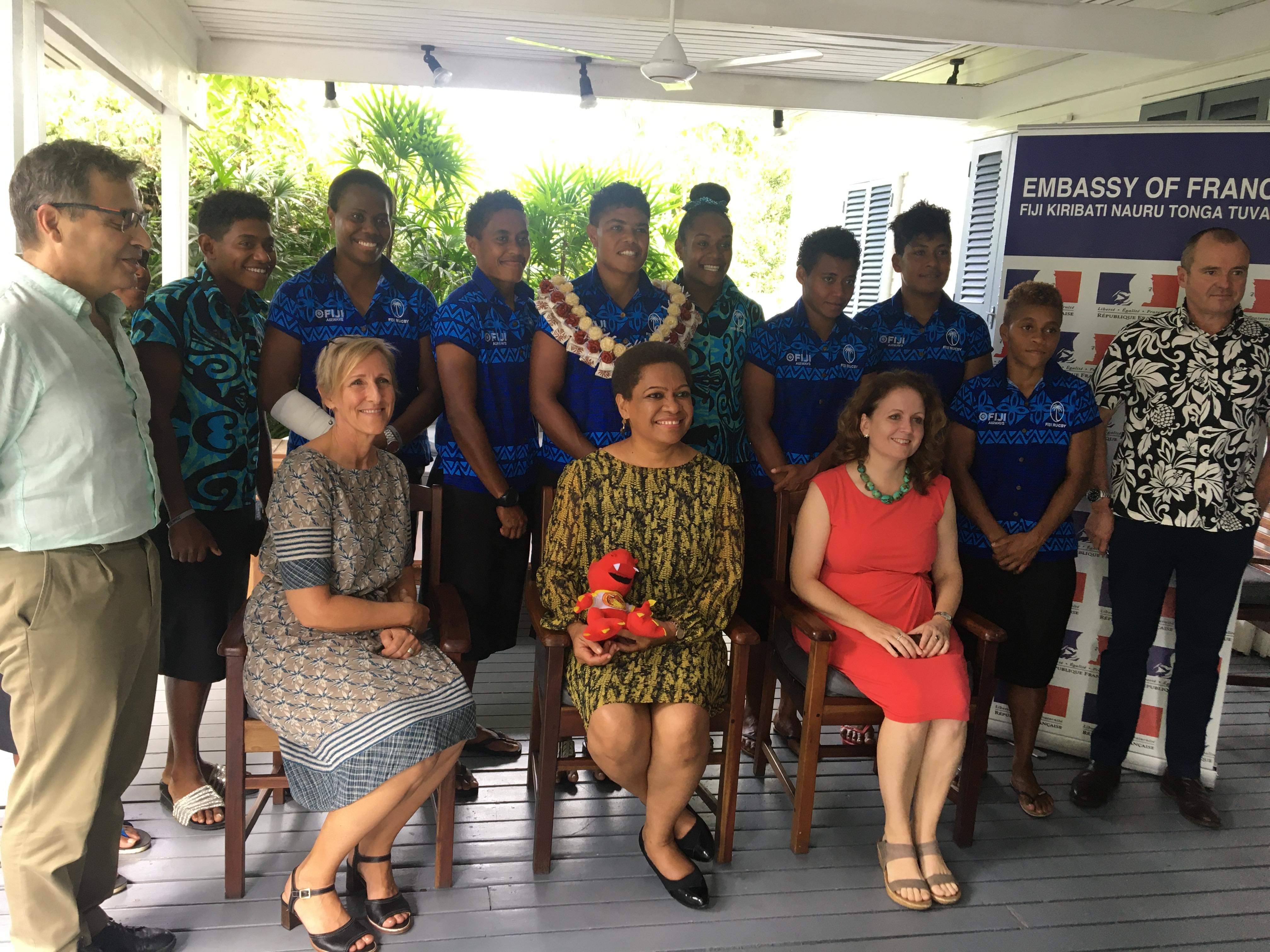 MEMBERS of the Fijiana 7s team was hosted to a morning tea by the French Embassy to celebrate women empowerment and the successful qualification of the women’s sevens team to the Olympic Games.

Also present was the Minister for Women, Children and Poverty Alleviation, Mereseini Vuniwaqa, who thanked the women’s team for being role models to women in Fiji and the Pacific.

“I am a very proud Minister for Women that Fiji can call on you as wonderful ambassadors for young women and girls today and with your support, we can seize the opportunity to grow women and girls in sports in communities across our island nation,” Mrs Vuniwaqa said.