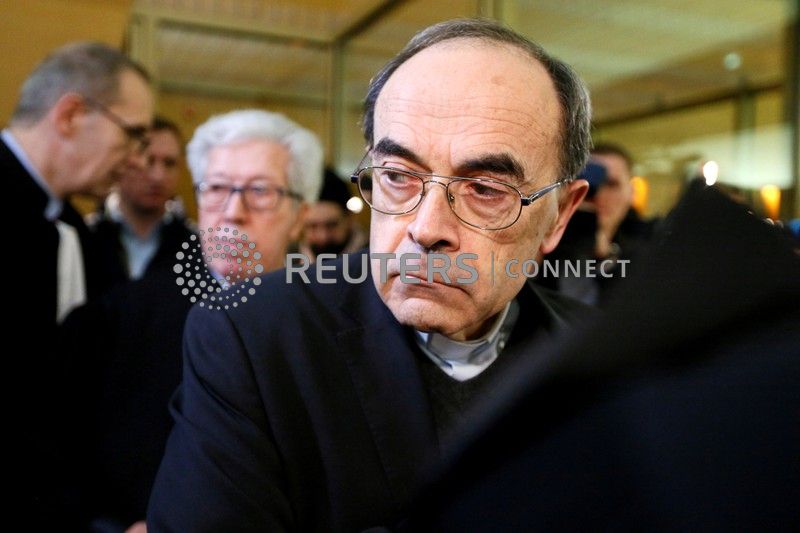 FILE PHOTO: Cardinal Philippe Barbarin, Archbishop of Lyon, arrives to attend his trial, charged with failing to act on historical allegations of sexual abuse of boy scouts by a priest in his diocese, at the courthouse in Lyon, France, January 7, 2019. REUTERS/Emmanuel Foudrot/File Photo

PARIS (Reuters) – A high-ranking French Catholic cleric, Cardinal Philippe Barbarin, was convicted on Thursday of failing to report allegations of sexual abuse in his diocese and said he would submit his resignation to Pope Francis. Barbarin, archbishop of Lyon and the highest-profile cleric to be caught up in the child sex abuse scandal inside […]