Freesoul is not a Chinese company 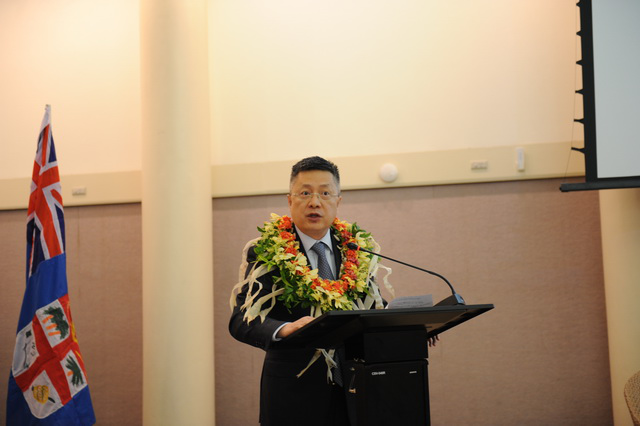 FREESOUL Real Estate is not a Chinese company.

Chinese Ambassador to Fiji Qian Bo clarified this during a press conference at the Chinese Embassy in Suva this morning.

The company is the developer for a proposed resort under construction in Malolo. The company was earlier charged for violating the terms of its development as outlined by the Department of Environment.

Mr Qian said they have been made aware that the person in charge of the company was a holder of a Fijian passport.

“Whether he looks like a Chinese, doesn’t matter. What matters is his passport,” he said.

“I think it’s important for the press and Government to find out the exact citizenship of those people who own that company.

“I can assure you that the embassy will continue to play our role that all Chinese companies are behaving ell and following the rules and regulations.”