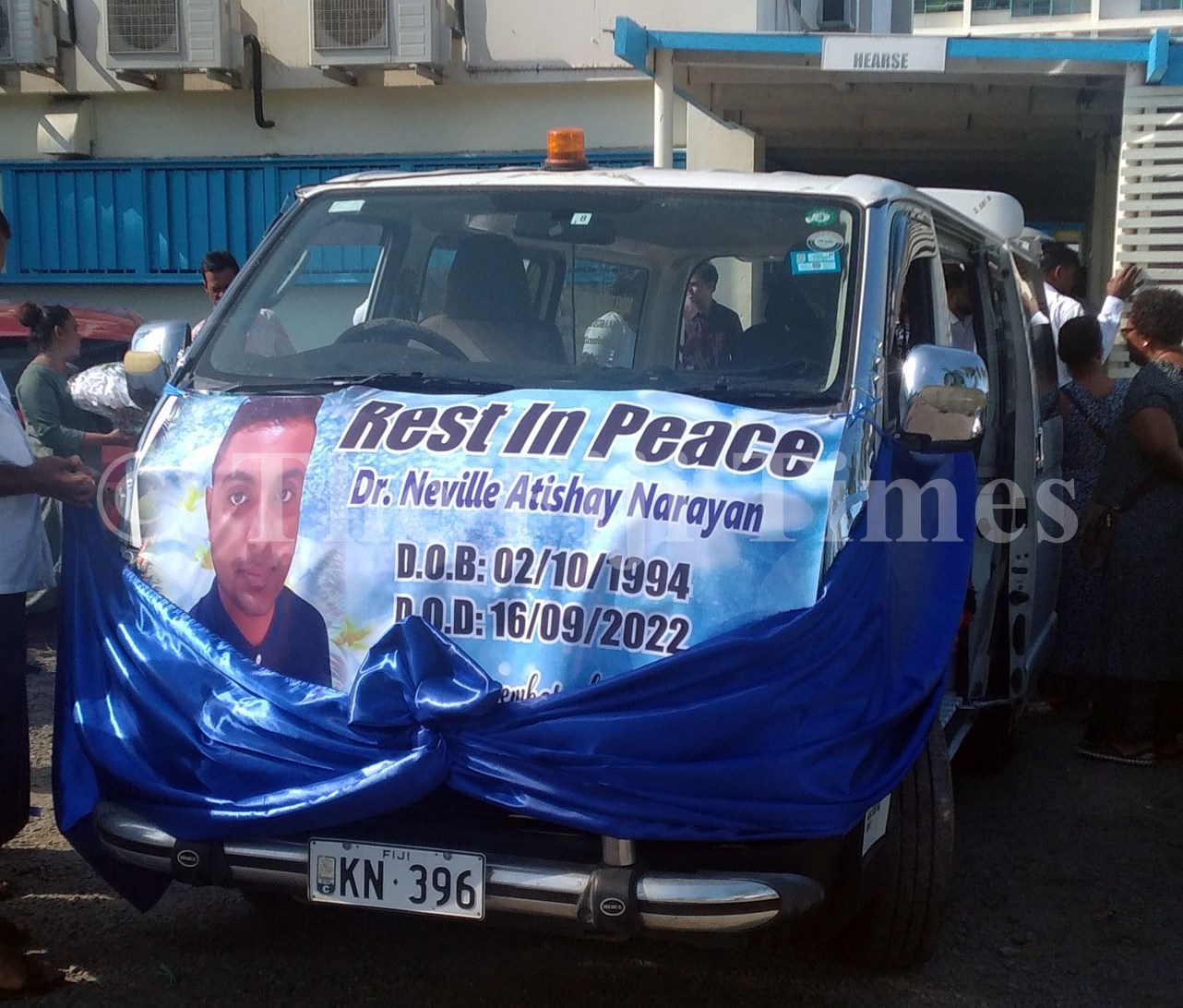 Families friends and co-workers from the medical fraternity gathered yesterday in Beverly Hills, Votualevu, Nadi to pay their last respects to the late Dr Neville Narayan.

Many who spoke at the funeral said he was a loving friend, son, and a well-respected medical officer who had touched the lives of many people.

Health Minister Dr Ifereimi Waqainabete said in Dr Narayan, Fiji had lost a wonderful young doctor in tragic circumstances who was “well liked, serving fellow Fijians in Ra”. High school classmate, Naina Senito said the late doctor was always going out of his way to help others – academically or financially.

“He was god-gifted because he always helped others in whatever way possible. His heart was full of life and love,” she said.

“We have lost a very talented football player who showed us that anyone can be brilliant in both sports and academics if one remains focused in life,” said Votualevu Mataniwai Soccer Club representative Rovil Kumar, where the late medical officer was a member.

According to a police statement, it was believed Dr Narayan, based at the Waimaro Health Centre, was swept away by strong currents while swimming in the Nausori River in Nalawa, Ra last Friday.

He is survived by his parents and a younger brother.