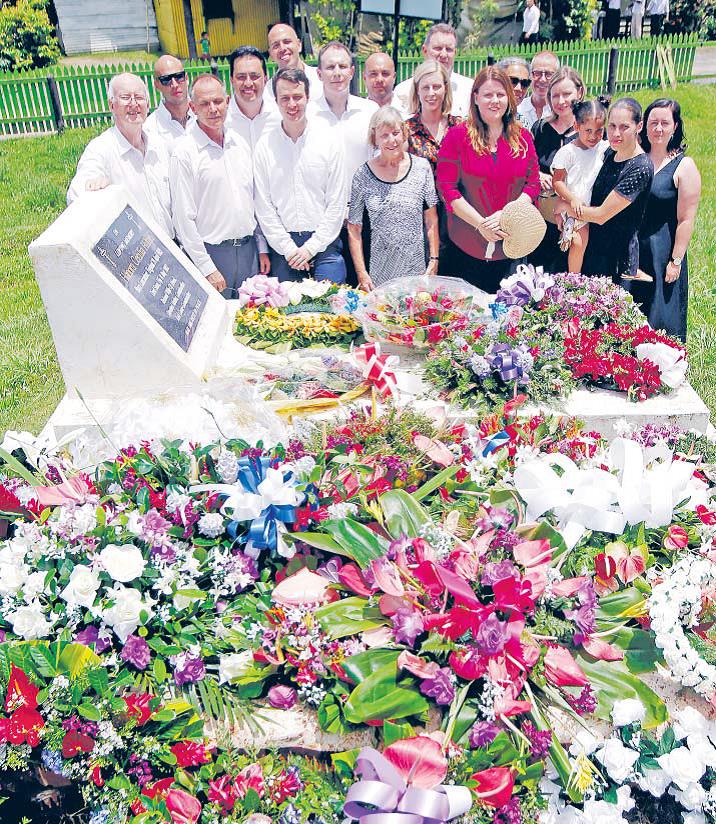 Family members of Frank Hilton stand beside his grave at the old Suva Cemetery after the church service at the Sacred Heart Cathedral in Suva yesterday. Picture: ATU RASEA

ONE of God’s greatest commandments was love, and the late Frank Hilton embodied this love throughout his whole life.

This was the sentiment of the Archbishop of Archdiocese of Suva Peter Loy Chong during the requiem mass for Mr Hilton held at the Sacred Heart Cathedral in Suva yesterday.

Archbishop Chong said Mr Hilton showed everyone how love should be practised.

“He is a witness to Jesus’s greatest commandment and that is to love,” Archbishop Chong said.

“Those who love like Mr Hilton will have nothing to fear during judgment day.”

While delivering his eulogy, Mr Hilton’s grandson, Mark Hilton, said his grandfather wanted the family to celebrate his life instead of mourning his loss.

“I just want to come back quickly to the word celebrate because if you knew my grandad, I think he would’ve wanted today (yesterday) to reflect the joy he brought to so many people’s lives,” he said.

He said Fiji was the place Mr Hilton chose to be his home.

He said Mr Hilton, who was also the founder of Hilton Special School, always wanted to work within special education.

“He knew that education was life, especially for kids with special needs,” he said.

He was laid to rest at the old Suva Cemetery.