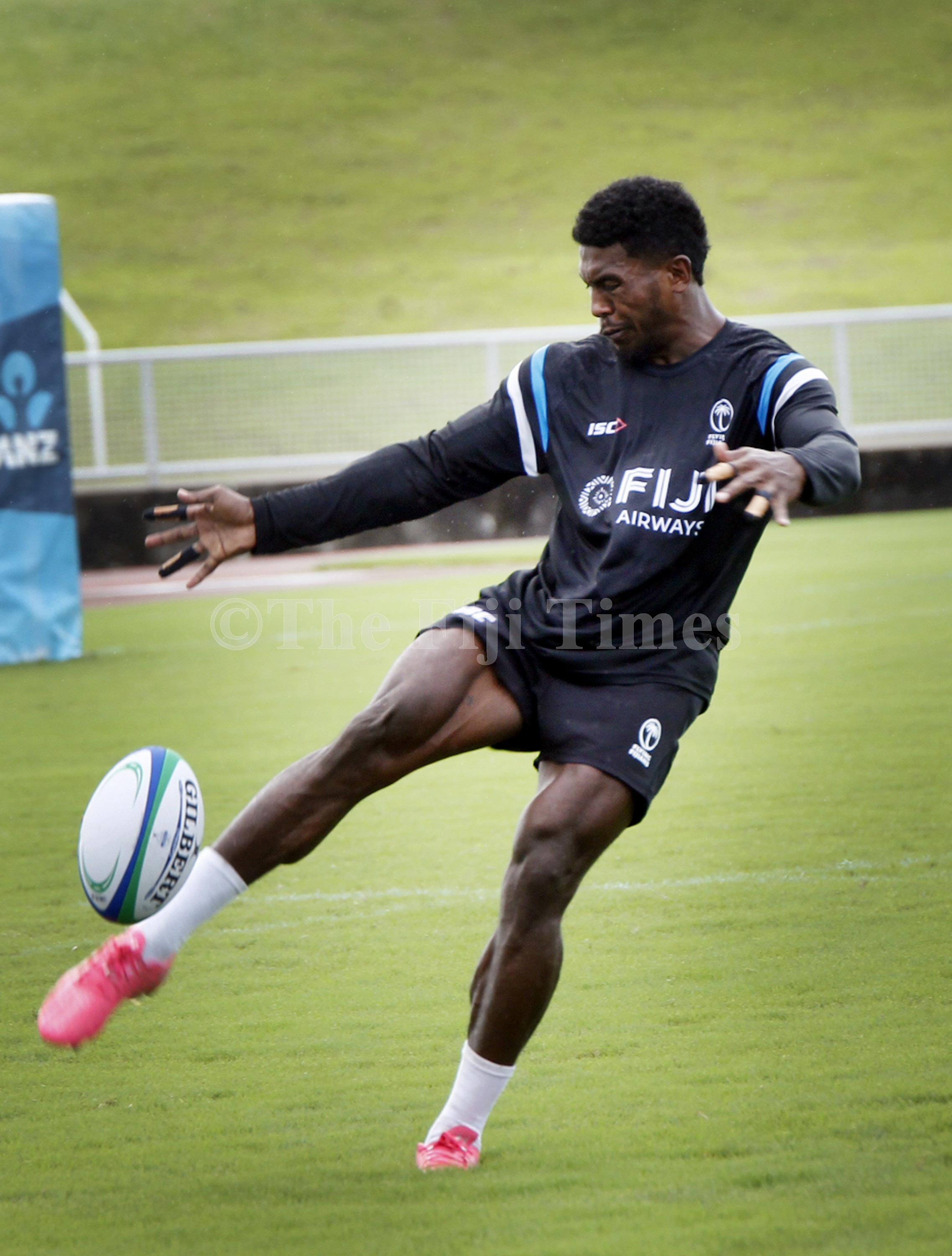 NAITASIRI’s Frank Lomani is among the ‘go to man’ Flying Fijians coach John McKee could rely on to disrupt the New Zealand Maori All Blacks’ game plan this weekend.

Lomani is expected to start in the return Pacific Test Series match at Rotorua, New Zealand, on Saturday.

He is among the impact players in the Fijian side having risen from local competitions to the Fiji Drua outfit and now joins the top prospects in the Flying Fijians outfit to the Rugby World Cup in Japan.

He played a grand game in Fiji’s historic 27-10 win against NZMABs in Suva last weekend.

“We know we have a big challenge in Rotorua because the New Zealand Maori will step up from this week,” McKee said.

“He (Lomani) showed some good touches and is always a treat in attack.

“Frank is showing good attacking qualities. He needs to work on speeding up ball delivery on occasions.”

The team travelled to New Zealand on Monday expecting to play in very cold conditions this weekend with temperature averaging about 10 degrees this week.

McKee named 11 changes to the team that won last weekend and there are no injury scare against what is expected to be a very physical and fast match against a wounded NZMABs team in NZ.

“Nothing serious, but we will not push anyone with niggling injuries to back up at this stage of our RWC preparation.

“We had made some changes and give players who did not get a chance this week opportunity.”

“Very pleasing to see both these players in such good form on their return to the Flying Fijians.

“We will continue to develop our game plan and combinations to be more effective on our clean outs in support of ball carrier which will be a work on.”

The match will kick off at 7.35pm on Saturday.