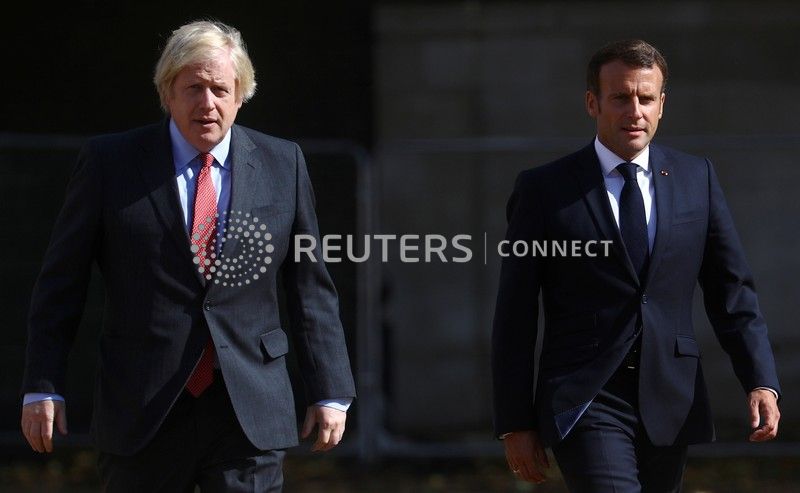 FALMOUTH, England (Reuters) – French President Emmanuel Macron warned Britain on Thursday that the post-Brexit deal it agreed with the European Union last December was not renegotiable.

“Nothing is renegotiable, everything must be applied,” Macron told a news conference ahead of a summit of the Group of Seven advanced economies due to be hosted by Britain.