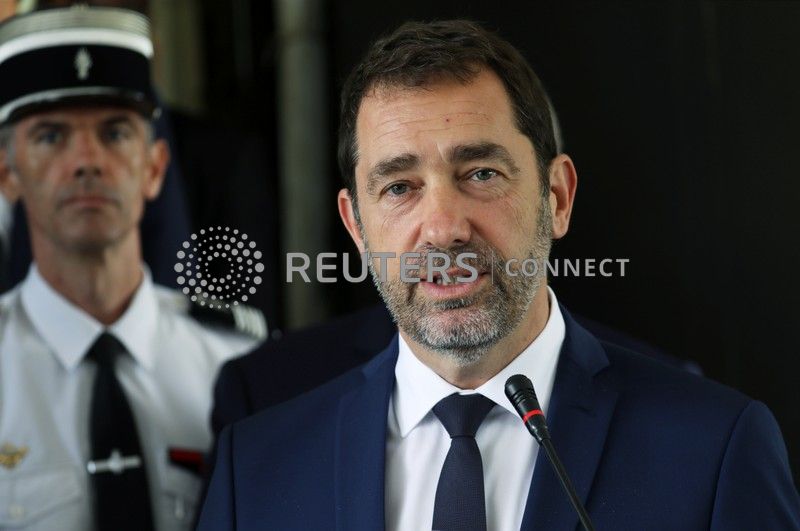 BIARRITZ, France (Reuters) – The French seaside resort of Biarritz will be transformed into more of a fortress than a surfers’ paradise as organizers of this weekend’s G7 summit prepare to shield world leaders from outside disturbances.

Protesters will have difficulty getting up close to any of the seven leaders during the Aug. 24-26 meeting. France is deploying 13,200 police backed up by soldiers and drones to make sure they are kept far from the summit.

“We will not tolerate any serious trouble,” Interior Minister Christophe Castaner told a news conference.

The G7 groups France, the United States, Britain, Germany, Canada, Japan and Italy. Seven other heads of state have also been invited.

Authorities are allowing campaign groups and demonstrators to congregate in the towns of Hendaye and Irun, which straddle the France-Spain border 30 kilometres (18.6 miles) away.

There they will hold a “counter-summit” that touches on themes ranging from the end of capitalism and climate change to the fight for social justice and the advance of feminism.

The counter-summit will conclude with a protest in Hendaye, which lies beneath the foothills of the Pyrenees, on Saturday as the leaders arrive.

No protest groups have announced plans to target Biarritz but Castaner said security forces were taking no chances against the threat of civil unrest, terrorism and cyber criminals.

“It is not because we have any particular intelligence but because there is a culture (of trouble) at these events and we remember the past,” Castaner said.

Any fireworks at the Biarritz meeting is more likely to come from inside the summit, with U.S. President Donald Trump at odds with allies over global trade, climate change and Iran, and Prime Minister Boris Johnson making his debut on the world stage as he gears up to haul Britain out of the European Union.

The Biarritz summit will bring big disruption to the popular Atlantic coastal town just as the summer holidays wrap up. Biarritz’s airport and station will both be closed, streets barricaded, the main beach closed to the public and residents forced to show badges to access their homes.

Rights groups accused the police of excessive force in their handling of the unrest.