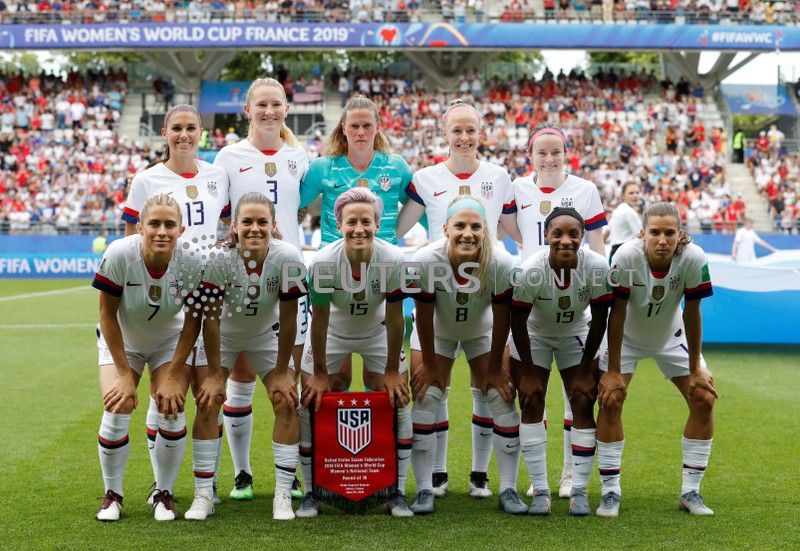 For many fans the match is like a final, with “Les Bleues” among the stand-out teams of the tournament and perennial challengers to the domination of the American defending champions.

“It’s going to be a great stage for both teams who have had a lot of pressure and a lot of eyes on them to really just go out and perform.”

The atmosphere at the Parc des Princes is expected to be highly charged, not just because of the quality of the teams but the groundswell of support from French World Cup fans and the soaring temperatures amid a heatwave.

The temperature is expected to hit 35 Celsius on Friday, although by the time the match kicks off at 9 p.m. (1900 GMT), it should have dropped to around 28 degrees.

TV viewing figures have exceeded all expectations, with nearly 11 million people tuning into France’s 2-1 win over Brazil on Sunday.

More than 35 million watched the match in Brazil, underlining the popularity of women’s soccer globally.

“This is a magnificent showcase piece for our sport,” Jill Ellis, the U.S. head coach, said on Thursday. “This game makes it bigger.

“Both teams want it and have to go earn it. It’s going to be a fantastic game.”

France and the United States were the pre-tournament favourites to lift the trophy and they have been on a crash course since December, when the draw suggested they would meet in the quarter-finals if both teams topped their groups.

“This is a big game and the players know that,” said Ellis. “They’re wired for this, they’re built for this, you don’t come into the U.S. programme and hide in the shadows — you come in and you’re in the spotlight right away.”

If the French win on Friday, it would be the first time in tournament history the United States have failed to advance to the semi-finals. The Stars and Stripes have won three World Cups.

Overall, this World Cup has shown that women’s soccer has star-power and can pull in fans, creating a buzz and momentum that advertisers and sponsors cannot ignore.

“The women’s game in general has grown tremendously,” said Rapinoe. “I guess the task for each team is to try to be the team that is growing as fast as the game is. France has done a really good job of that.”

Although France’s highest World Cup finish is fourth, the team have been making waves in international football recently with top-notch players like Wendie Renard and Amandine Henry.

“This is the kind of game that makes World Cup so exciting,” U.S. forward Tobin Heath said.

“This is a game that we’ve been looking forward to, I guess, our whole lives.”