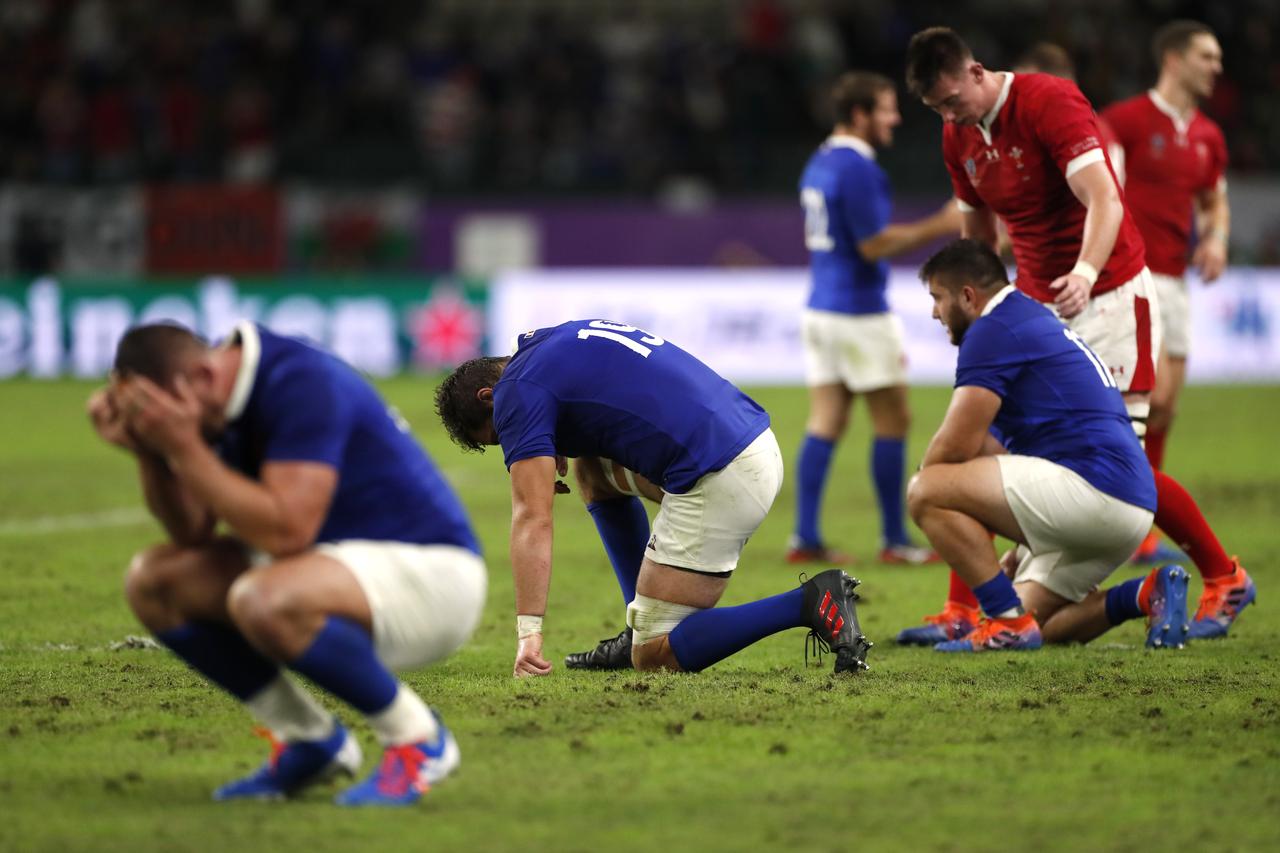 OITA, Japan (Reuters) – France coach Jacques Brunel said he had no complaints about the red card shown to Sebastien Vahaamahina during the World Cup quarter-final loss to Wales on Sunday but was unhappy that the winning try was allowed to stand.

Lock Vahaamahina was red-carded for elbowing Welsh flanker Aaron Wainwright in the face in the 49th minute of the 20-19 defeat at Oita Stadium, which sent the French crashing out of the tournament.

“The red card, I don’t contest it,” Brunel told reporters after the match.

“I think it was a reflex action. He did make contact with the face, we can’t deny it. I don’t have a problem with the decision. But there were other decisions I didn’t agree with.”

Most notable among them was the one by referee and TMO to let Ross Moriarty’s 74th-minute try stand despite the ball appearing to go forward after it was stripped from the hands of a French player.

“On the last scrum, we lost the ball,” said Brunel. “I would like to see the last try again, because I think there is a player who grabbed the ball and then it went forward.

“So I’d like to see that decision again and I’m a little disappointed with that.”

Brunel said the red card clearly changed a contest which France had dominated in the first half, scoring three tries with some brilliant running rugby and taking a 19-10 lead into the break.

“Of course, we’re playing with 14 men and it’s difficult,” he said.

It was only the third time that France had failed to reach the semi-finals at the World Cup and brought a sorry end to the reign of Brunel as coach.

“The overall performance is not positive, we wanted to go further, so in some respects it’s a failure,” he conceded.

“We showed we were capable of winning but we didn’t so that’s the outcome so of course we are disappointed.”

France will host the next World Cup in 2023 and Brunel said he thought there were seeds of a side that might be able to mount a title challenge on home soil.

“It will be necessary over the next four years to build up a team that will have results and that will give them confidence. That’s probably what we lacked,” he added.

“For the future generations, we were one of the youngest teams in this competition. These guys will keep on learning. This is going to make them mature by going through this.

“What they experienced today will teach them a lesson. I think there’s a brighter future for this team.”

Captain Guilhem Guirado, who described the defeat as “cruel”, said France should have put the game beyond the reach of the Welsh long before the end.

“We shouldn’t have made all the mistakes that we did,” he said.

“We wanted to be the best… today in the game we showed we are not far from reaching that level.”