France leads the world in mistrust of vaccines 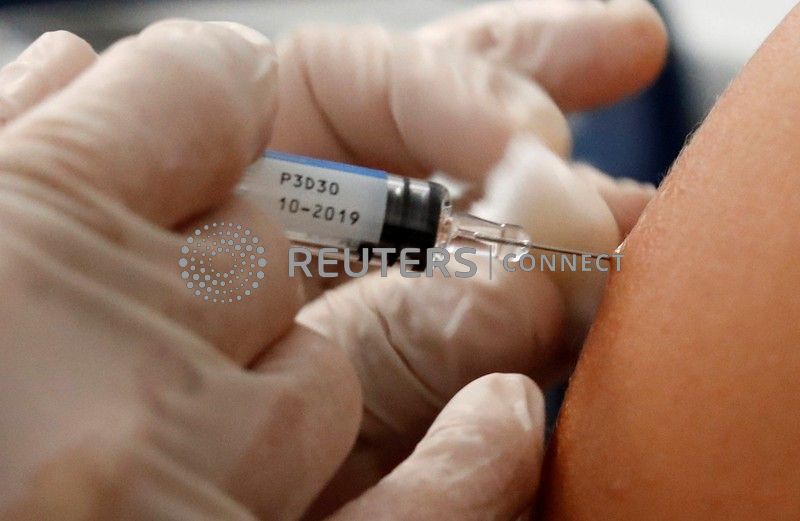 A doctor vaccinates a patient as part of the start of the seasonal influenza vaccination campaign in Nice, France October 24, 2018. REUTERS/Eric Gaillard/Files

PARIS/LONDON (Reuters) – For Marie-Claire Grime, who works in a pharmacy northeast of Paris, questions about vaccines are a daily challenge. They come mainly from parents who say they’re worried about “a lot of chemicals” being put into their children, she says. She does her best to allay such fears.

“We spend time deconstructing the myths. We try hard to convince them of the huge advantages vaccination brings,” Grime told Reuters at her shop in the town of Bobigny. “It is sometimes discouraging to find ourselves repeating the same things all over again.”

The French have emerged in a large global survey as the biggest sceptics in the world about the safety of vaccines.

The study, conducted by Gallup and funded by global health charity The Wellcome Trust, found one in three French people think vaccines are unsafe – the highest rate in the world – and almost 20% believe they are not effective.

Researchers say the picture in France is the result of factors that have undermined public confidence – not only in vaccines, but also in science more broadly, in the government and in the pharmaceutical industry.

This “cumulative breakdown” of trust in turn has led some French people to delay or refuse vaccines, says Heidi Larson, director of the vaccine confidence project at the London School of Hygiene and Tropical Medicine.

The World Health Organization says making vaccines mandatory is one of the best ways to boost immunisation rates. France decided last year to up the number of compulsory vaccines to 11 from three for babies under two years old.

David Zumino, a 47-year-old intellectual property consultant and father of three children, including a one-year-old, says that rule change means he and his wife are again “constantly trying to assess whether vaccination is really worth it”.

“Of course, we understand there are medical benefits for the children,” he told Reuters as he visited the Paris pharmacy where Grime works.

“But …I can’t help thinking that there is a huge pharma lobby operation to convince the public there is a threat that needs to be addressed. And that sounds suspicious.”

David Loew, an executive at the drug- and vaccine-maker Sanofi Pasteur <SASY.PA>, puts French scepticism down to misinformation.

“There have been in the past years a lot of theories connecting vaccines to various health issues. There is also fake news circulating on social media which poses a real problem,” he told reporters last week.

Loew said the best way to address the issue was to ensure health professionals – who the Wellcome study showed are broadly trusted by members of the public in France – are equipped with robust information and accessible to those who have concerns.

Yet one such health worker – Helene Salliet, a 35 year-old mother and social worker at a hospital in southwest Paris – says government officials need to avoid a top-down approach.

“Authorities must take into consideration that we are not just subjects that have to obey,” she told Reuters. “We, parents, must get the right tools to understand and make well-informed decisions.”