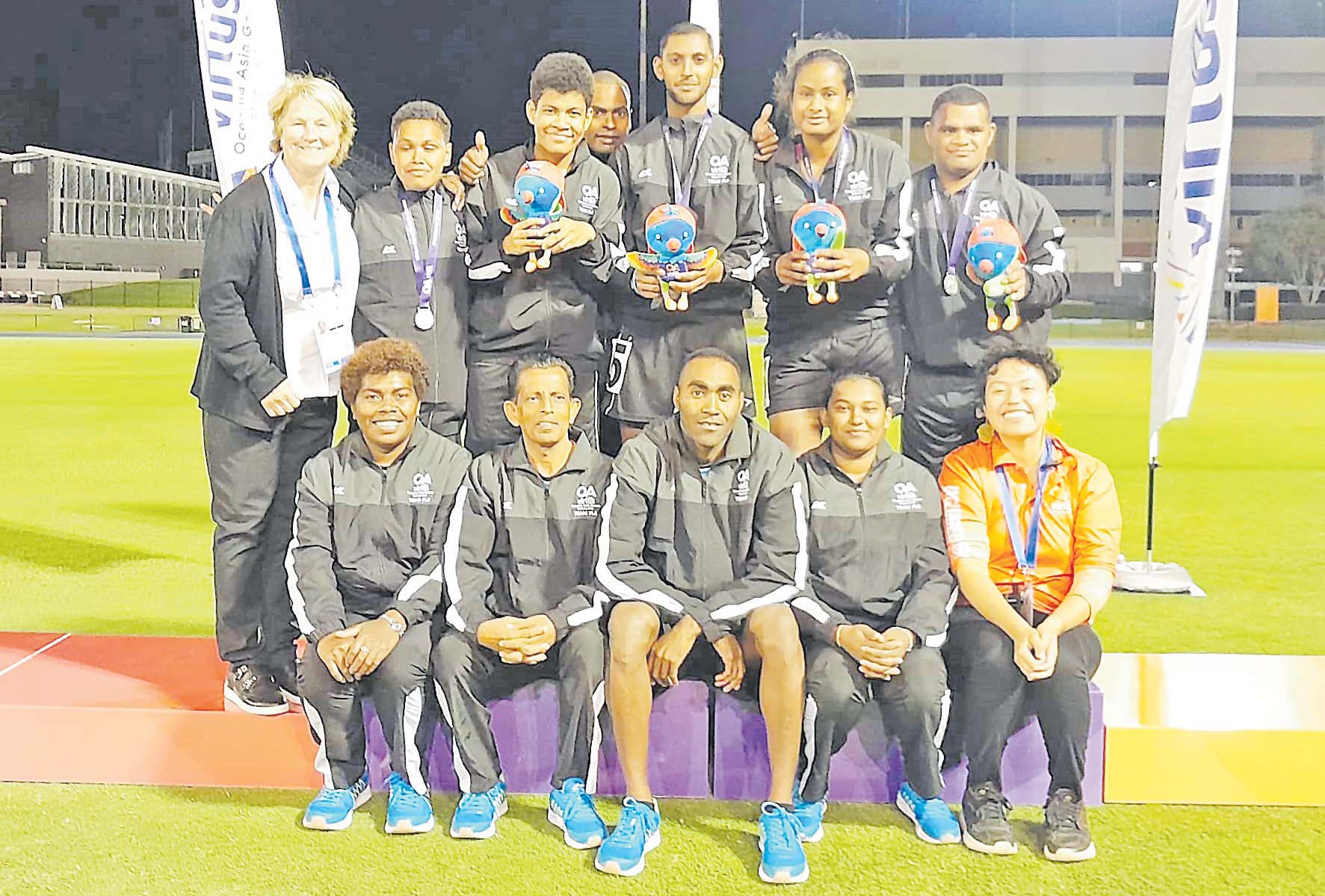 Team Fiji Virtus has been invited to compete in the France Virtus Games next year.

“Fiji is already invited to participate in France in 2023,” Dayal said.

“With 27 countries taking part in Brisbane with their elite athletes, Fiji, with our developing athletes, won a silver and two bronze medals.”

Fiji’s medals came from Waisea Togotogorua who won bronze in the 100 metres final, a bronze in the shot put and silver in the mixed 4x100m relay.

“This is a great achievement for Fiji’s ID athletes setting a new pathway for all other ID athletes in Fiji.”

Virtus, the founding member of International Paralympics Committee (IPC), was established in 1986.

It is recognised globally as the International Organisation for Disability Sports (IODS) with the responsibility for the management of eligibility and classification for athletes with Intellectual impairment (ID).

“Fiji was blessed with the initiative by Sports Inclusion Australia chief executive Robyn Smith and Fiji National Sports Commission CEO Peter Mazey to conduct a workshop in April 2022 for psychologists in Fiji to be trained to assess athletes with ID. Through this initiate, Fiji Paralympics Committee (FPC) is the first country in the Pacific Islands to be an accredited member of Virtus and Dr Annie Crookes from the School of Law and Social Sciences of USP is now the only person in Fiji fully credited to assess athletes with ID.

“France will be the qualifying event for the 2032 Paralympics Games, so to achieve this, the athletes need to qualify. FPC and SO Fiji will be meeting to work out strategies how we can have more of our elite athletes assessed and eventually qualify for the future games.

“I am confident that by the 2032 Paralympics Games in Brisbane, we will be able to win medals.”