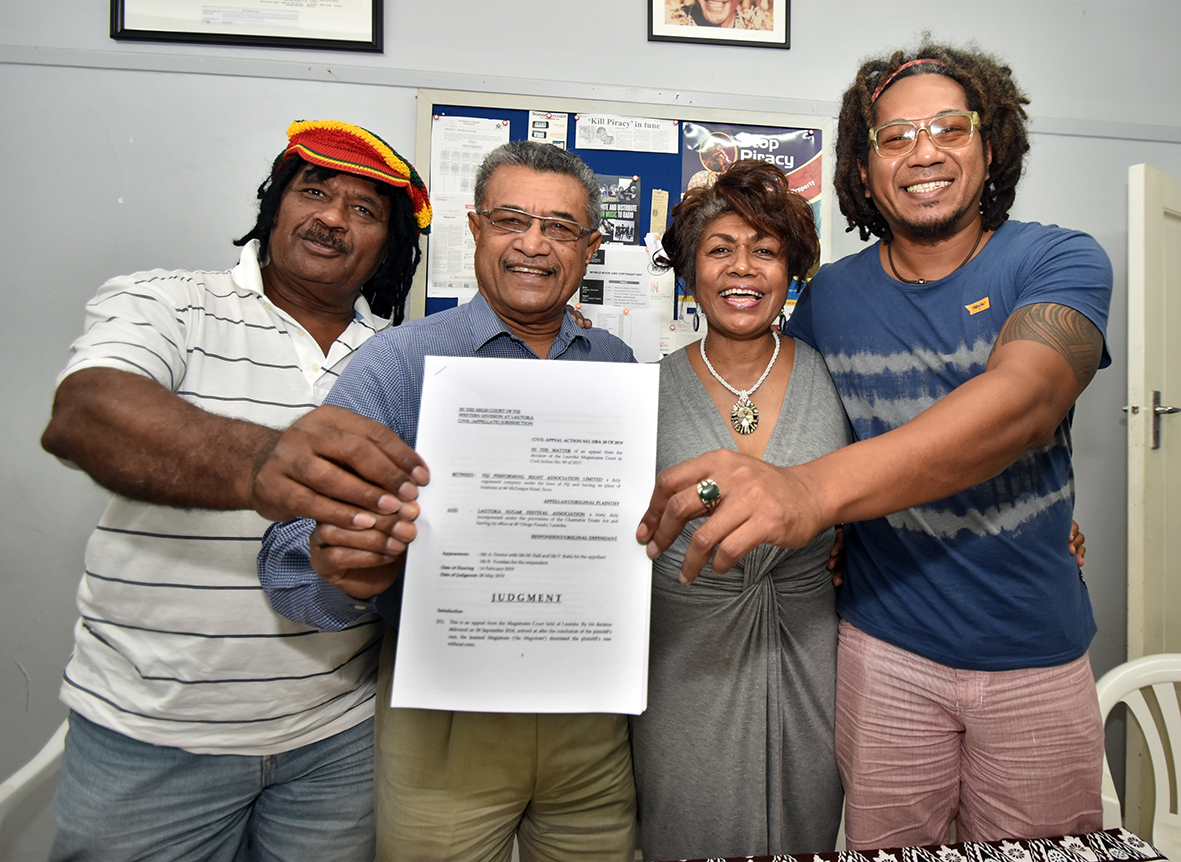 THE Fiji Performing Rights Association (FPRA) has expressed its concerns saying that people who use music for business must be licensed.

At a press conference today, FPRA director Inoke Kalounisiga said it was only fair that rights of composers were respected.

“It’s not like we are going out there hustling people to give money, we are just taking care of the rights of people who are registered under FPRA and get a fair share too. This is where we pay royalties to the members,” Kalounisiga said.

In light of its work, the association recently won  its case against the Lautoka Sugar Festival Association where they were ordered to pay a total of $13, 866.97 for failing to license its music.

According to FPRA, those that ignore the rules could pay up to $50, 000 in fine or five years imprisonment.

Meanwhile, FPRA also has cases that are still pending before the courts.