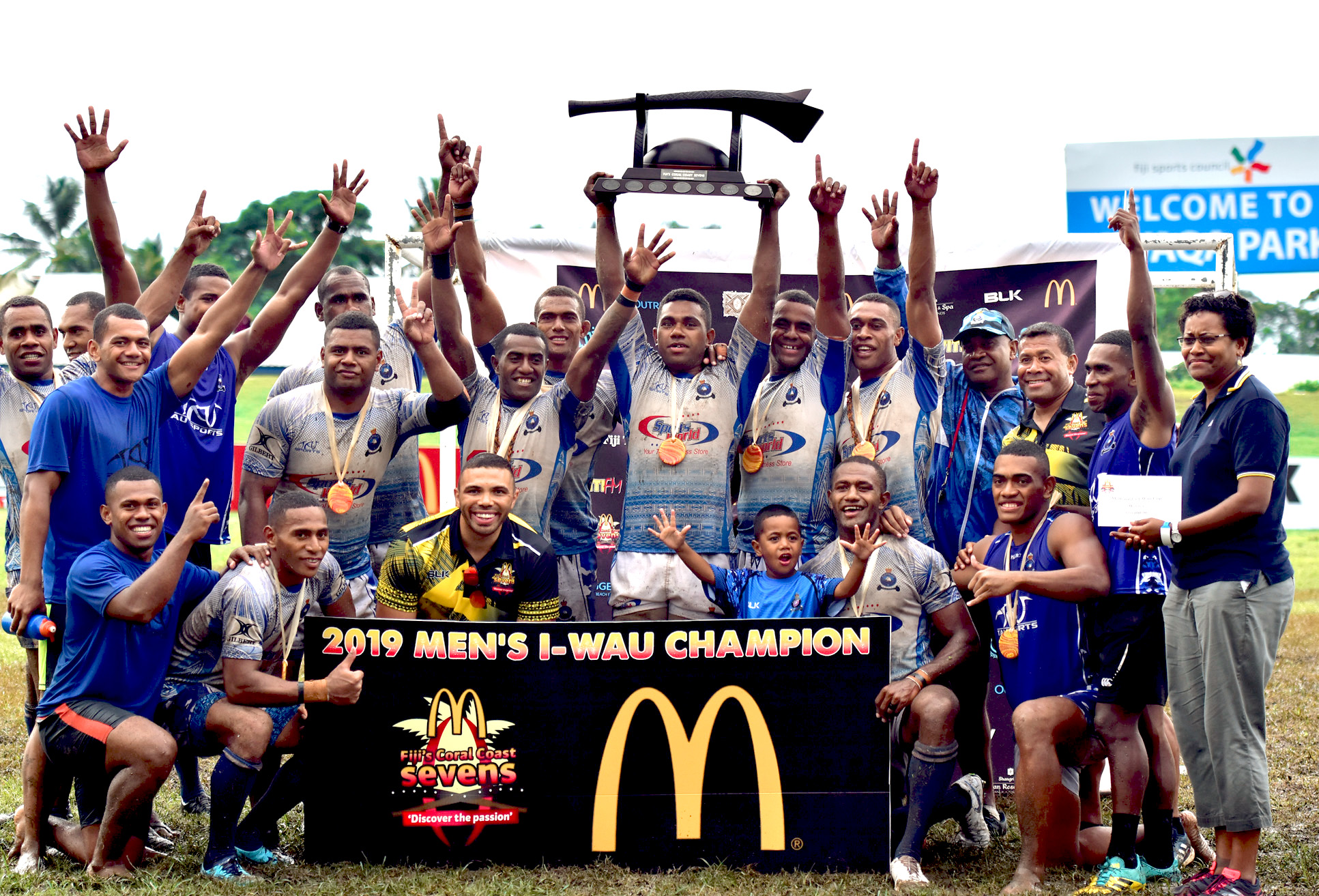 THE Police 7s team has become the first side to win the McDonald’s Fiji Coral Coast 7s tournament four times.

They retained the title they wrested from First Light Taveuni last year by beating Tabadamu 17-0 in the final at Lawaqa Park in Sigatoka yesterday.

Despite the slippery and very wet conditions, team captain Livai Ikanikoda said they controlled play on very testing conditions and against a tough opposition.

“Tabadamu is one of the strongest teams in the country at the moment,” the former national 7s playmaker said.

“They are a fast side and is filled with experienced players. Our game plan was to control play and stop them from dominating the final. It was slippery so we slowed the game so that we can control the ball.”

Playmaker Joseva Kuricuva first scored for Police 5-0 after outrunning the opposition on the embankment side of the park.

Tabadamu was denied possession most of the first spell and was pinned inside their 22 metre zone.

It frustrated them resulting in Samu Bale receiving a yellow card for dangerous play.

Just before the break, Police gathered a lose ball and set up attack to send Rusiate Matai diving over for the second try for scores 10-0 at halftime.

Police won the title back to back in 2014 to 2015 and 2018 to 2019. Coach Sale Tubuna said the lesson his side learned in the tournament was to focus on their play first before playing the oppositions.

“It’s all about being patient,” he said.

“We learned that we have to worry about us first and make sure that the players combine well. If we play as a team, then we will be able to stop the opposition.”