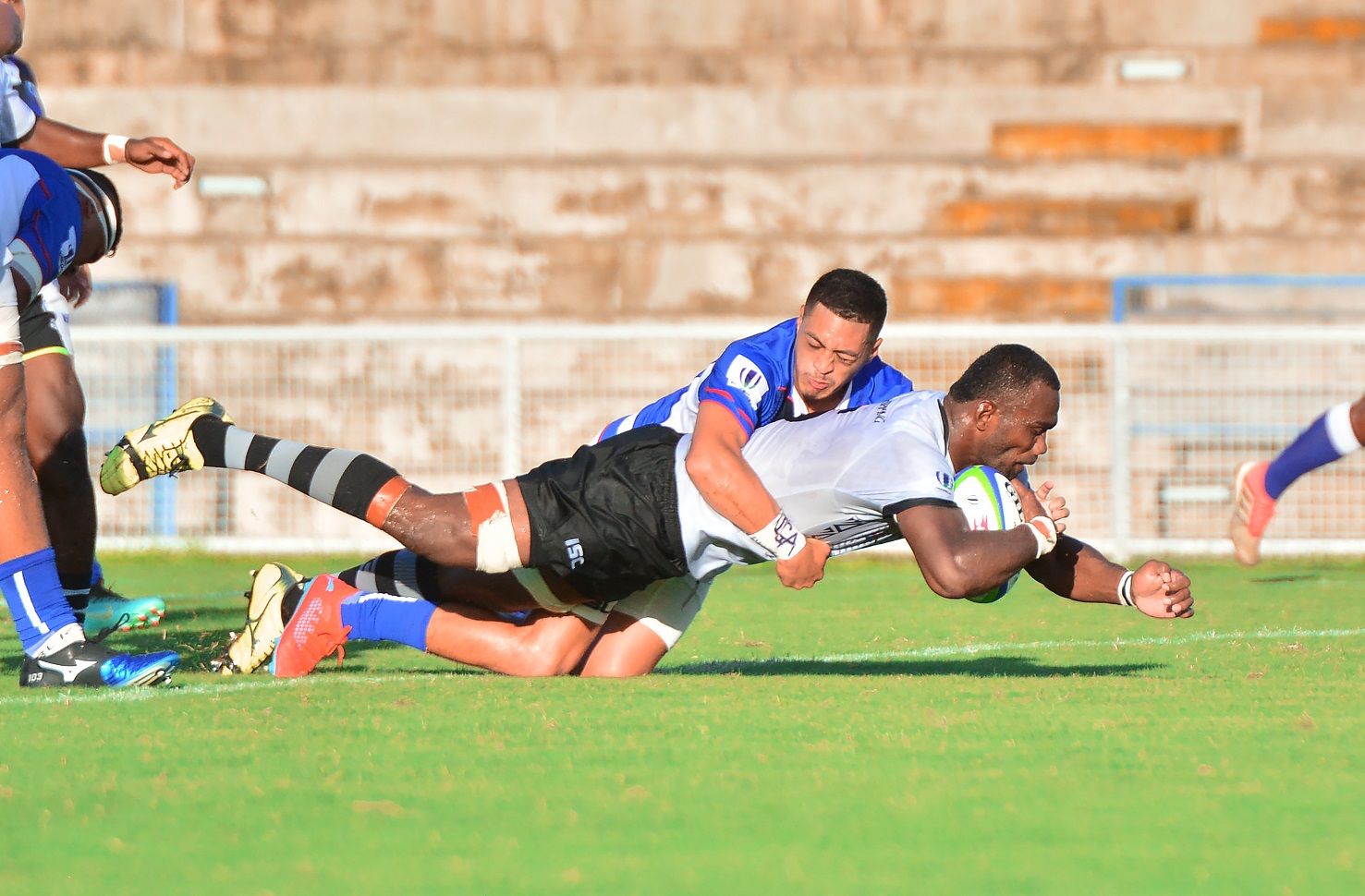 Mosese Voka of the Swire Shipping Fiji Warriors scores a try against the Samoa A team during their 2019 World Rugby Pacific Challenge match at the ANZ Stadium in Suva yesterday. Picture: JOVESA NAISUA

THE Swire Shipping Fiji Warriors team has done it again.

The Fijians beat Samoa A 48-15 in the last round of the tournament at the ANZ Stadium in Suva yesterday.

The first 10 minutes of the opening half was a test for the host as the visitors contested their scrums and lineout, but the Senirusi Seruvakula coached side maintained composure and regained control of the match to lead the Samoa A 24-9 at the break.

A pep talk by Seruvakula during the halftime break spurred the Warriors to widen the margin in the last spell with four tries to win the game.

Team captain Frank Lomani said their under-20 boys proved themselves in the match. “Hats off to the under-20 boys for their effort and they played superbly and lived up to expectations,” Lomani said. “I wish them well in their preparation towards the U20 World Cup.

“I congratulate the boys for the teamwork and Samoa for a good game and our supporters.”

The tournament was held at the ANZ Stadium.