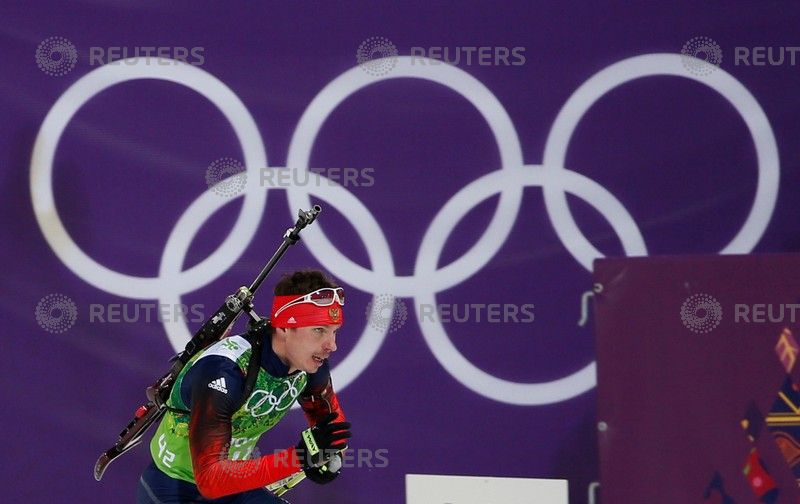 The four athletes are retired Olympic champions Evgeny Ustyugov and Svetlana Sleptsova as well as Alexander Chernysev, who is also retired, and active athlete Alexander Pechenkin, who has been provisionally suspended.

“The IBU’s decision is based on the analytical findings in samples of the athletes collected between 2012 and 2015,” the IBU said in a statement.

It said the IBU’s working group proposed the charges following analysis of the Moscow Laboratory Information Management System (LIMS) database, together with the World Anti-Doping Agency.

The athletes will now be given an opportunity for hearings at the federation’s anti-doping body.

The Russian Biathlon Union (RBU) did not immediately respond to requests for comment.

The findings, the IBU said, were supported by “corroborative evidence” from data in the McLaren Report, an independent WADA report that detailed Russian doping across many sports.

The RBU is currently only a provisional IBU member following the Russian doping scandal.

In April, Austrian police raided IBU headquarters as part of an investigation into the organisation’s leadership at the time that was linked to doping issues.

Russia was banned by the International Olympic Committee from this year’s Pyeongchang Winter Games as punishment for alleged state-sponsored doping across many sports, including biathlon. Moscow has denied the allegations.