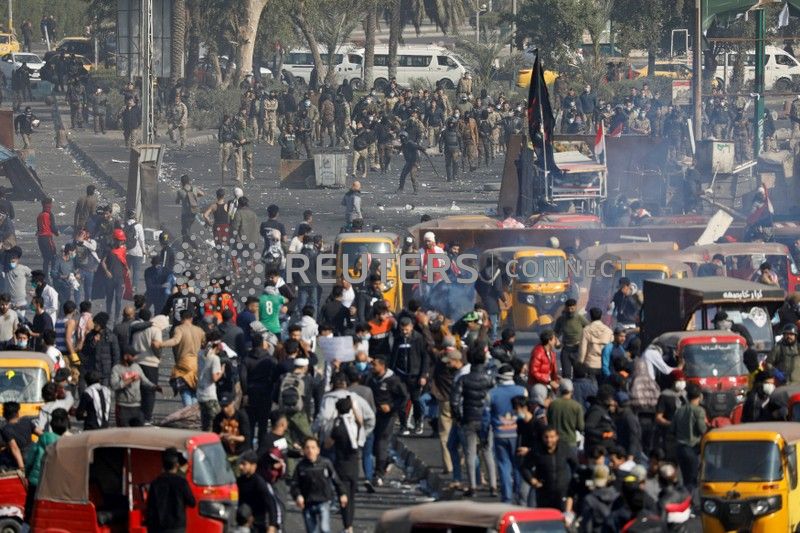 BAGHDAD (Reuters) – Six Iraqis including two police officers were killed and scores were wounded in Baghdad and other cities on Monday in clashes with security forces, medical and security sources said, as anti-government unrest resumed after a lull of several weeks. Three protesters succumbed to their wounds at a Baghdad hospital after police fired […]