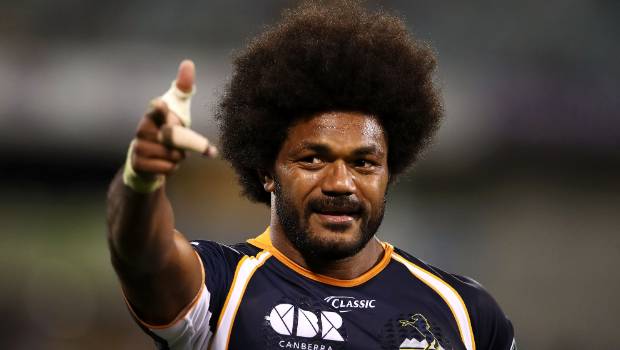 FOUR Fijians are part of the 2020 Reds Super Rugby team.

Speight, the Reds website said, would look to replicate the energy and passion his cousin Radike Samo brought to the Reds to discover his best football after the age of 30.

Speight joins the Reds on a two-year deal this season after playing 119 games for the Brumbies between 2011 and 2019.

He becomes Queensland’s elder statesman as the only player over the age of 30 in the Reds’ squad.

“It’s something I really look forward to and embrace,” Speight said of the competition.

“There’s a lot of promising talent – there’s Filipo (Daugunu), Jock (Campbell), Jack (Hardy). I am the oldest in the group and the only one over 30. I’m here to grow as a player.

“I’m very, very grateful to be offered a place here.”

The 2020 Super Rugby season starts with two derbies on Friday, January 31 with the Blues hosting the Chiefs at Eden Park in Auckland, New Zealand while in the same evening the Brumbies will host the Reds at the GIO Stadium in Canberra.

Fiji, according to the season’s draws, has not been labelled as a host to one of the games.