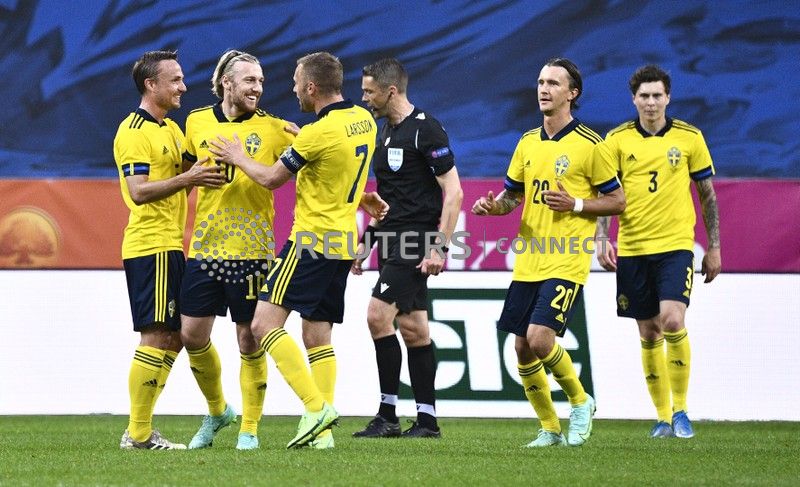 STOCKHOLM (Reuters) – A superb first half from winger Emil Forsberg paved the way for Sweden’s 3-1 win over Armenia in their last friendly game before Euro 2020 gets underway next week.

Forsberg gave the Swedes the lead in the 16th minute with a free kick from distance that dipped viciously, leading keeper David Yurchenko to mistime his dive as the ball bounced and flew into the net.

Forsberg also played a part Sweden’s second, whipping in a corner that Marcus Danielson headed in to make it 2-0 in the 34th minute with his third goal in nine internationals.

Given a free role from his position on the left wing, Forsberg won a penalty just before halftime but Yurchenko got down smartly to save Sebastian Larsson’s spot kick.

Vahan Bichakhchyan pulled a goal back for the visitors just after the hour mark, but the Swedes netted a third when Robin Quaison dinked a delightful pass to set up fellow substitute Marcus Berg to score.

Janne Andersson’s side begin their Euro 2020 Group E campaign against Spain in Seville on June 14 before taking on Slovakia and Poland in St. Petersburg.