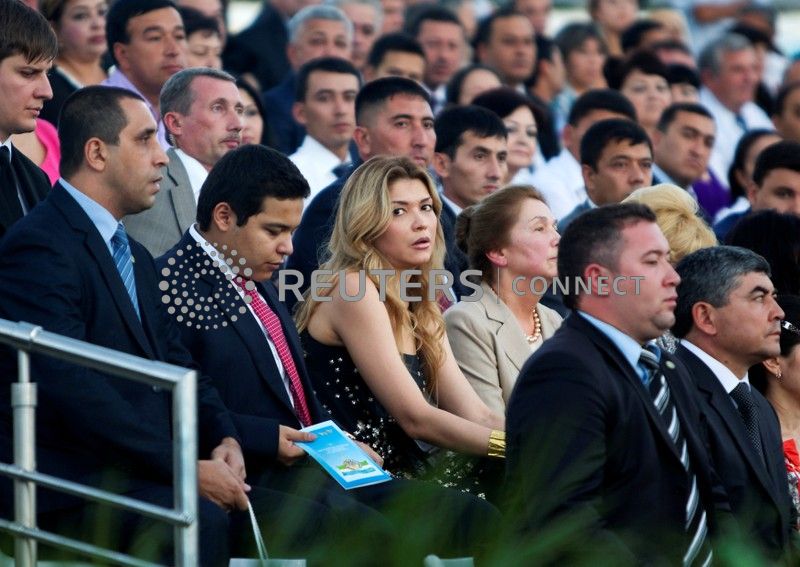 MOSCOW (Reuters) – Gulnara Karimova, the daughter of former Uzbekistan leader Islam Karimov, was taken out of prison in an ambulance on Thursday, her lawyer said.

The lawyer, Gregoire Mangeat, wrote on Twitter that he was waiting outside Uzbekistan’s Zangiota jail to see his client when the vehicle emerged. He said a reliable source had told him Karimova was in the ambulance.

Karimova, 47, was jailed in March this year for violating the terms of her house arrest after receiving a five-year sentence in 2015 on charges of embezzlement and extortion.

Mangeat said last month that he met Karimova and found her suffering from high blood pressure and a bandaged leg. Karimova’s daughter, Iman Karimova, also published a letter on her behalf last month saying she needed surgery for unspecified reasons.

Karimova’s father, Islam Karimov, ran Central Asia’s most populous nation from 1989 until his death in 2016. Once a successful businesswoman and pop singer performing under the stage name Googoosha, Karimova disappeared from public view after falling out with her father in 2014.

Uzbek prosecutors have said they were trying to seize more than $1.5 billion in Karimova’s foreign assets including luxury properties.