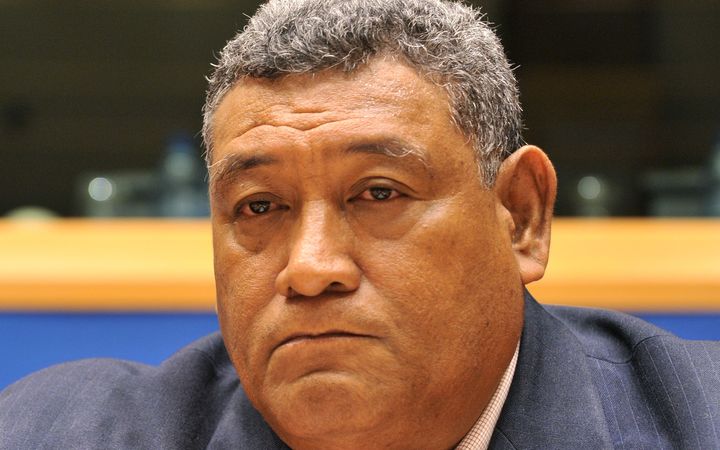 Ielemia died of a heart attack at his Funafuti home on Monday night, November 19th 2018, and was taken to his home island Vaitupu on Tuvalu’s patrol boat HMTSS Te Mataili on Tuesday night.

Among mourners at Kainaki II Falekaupule on Tuesday were family and friends, and Cabinet ministers, members of Parliament and their families who also paid their respects to the late leader.

Apisai’s body was laid at the Vaitupu community Falekaupule for half a day before his final trip out of Funafuti in a police motorcade.

Apisai Ielemia’s career in the civil service began in 1973 in the Gilbert and Ellice Islands colony, and appointed as a permanent secretary in the Ministry of Commerce, Trade and Tourism in 1998.

His political career spanned from 2002 to 2016, representing his island constituency Vaitupu. He was Prime Minister from 2006 to 2010, and during his time in parliament, Ielemia was part of the Public Accounts Committee.

He is survived by his wife Sikinala Ielemia, a son and a daughter and grandchildren.