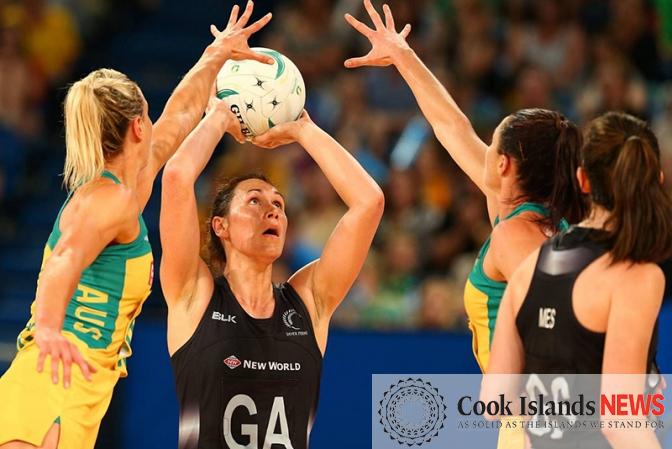 Brown arrived into the country last week and attended the opening ceremony of the Rising Stars Schools Competition which was  held at the Arorangi Netball Courts..

Brown, who is Netball New Zealand’s ambassador for the delivery of Year 1 to Year 4 fundamental movements and ball skills netball programme, will be running a series of netball clinics during her stay here.

Netball Cook Islands general secretary Ngere Puia-Fraser said they have organised time for Brown to visit clubs and coaches of six and under to 12U teams.

Puia-Fraser said they have also made time available for her to visit schools on the island.

Brown was a member of the New Zealand national netball team from 2002 to 2015, taking time off in between those periods due to injury and pregnancy, earning 61 caps.

The 38-year-old also played elite domestic netball in New Zealand for 13 years, for the Southern Steel and Central Pulse before she injured her ACL.

Meanwhile the partnership Brown is part of, is into its third year. The programme is aimed at developing netball participation and promoting healthy lifestyles with young people in Pacific Island nations.

The partnership is funded by the New Zealand Ministry of Foreign Affairs and Trade (MFAT) as part of the Sport for Health activities and represents a five-year commitment to work with the local netball associations and schools in Fiji, Cook Islands, Samoa and Tonga.

The programme’s slogan is “Netball for Life” and name “netGo” embodies the focus of creating a lifelong love of netball and a healthy lifestyle.

“The partnership has developed two core programmes – The Oceania Foundation Coach programme, endorsed by the Oceania Netball Federation, an accredited programme targeted at those new to coaching and netball, and the netGO Fundamental Movement and Ball Skills programme targeted at all primary school teachers, providing them with a quality physical education resource.”