Former reps back to play 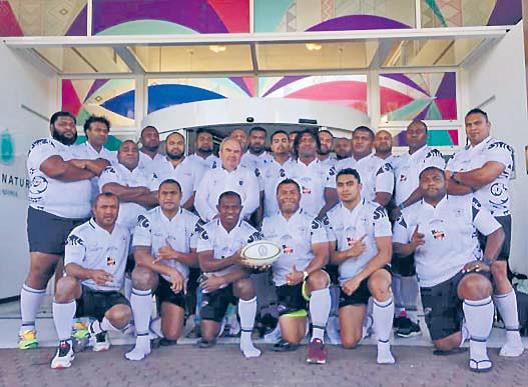 FORMER Flying Fijans will once again don their rugby colours for the nation as preparations are coming together for the next Aircalin Classic Rugby tournament in Noumea, New Caledonia.

An international tournament that is organised by Orion Sport, allows for national rugby players of the past to showcase their talents,” said Fiji Classics rugby co-ordinator and former Flying Fijians centre Julian Vulakoro.

Four teams will meet in Noumea to compete again this year.

The teams are France Classic, All Blacks Classic, Wallabies Classic and the Fiji Classic rugby team.

“We are thankful to the government of Noumea and French Rugby Union in their support of this project.

“Especially to the concept of giving back to the sport of rugby, by former professional players in the participating teams.”

Vulakoro said there were two main tournaments which they were looking forward to especially during a Rugby World Cup year.

“2019 is another big year of giving back to rugby as we will be in Noumea in June, and by September during the RWC we will also compete in a tournament in Japan.”

Fiji were lost out in the last year’s final losing to the All Blacks Classics.

“Definitely, we want to make up for their loss and are preparing for some good times ahead.”