Former Fiji national to be sentenced for swindling Ports of Auckland 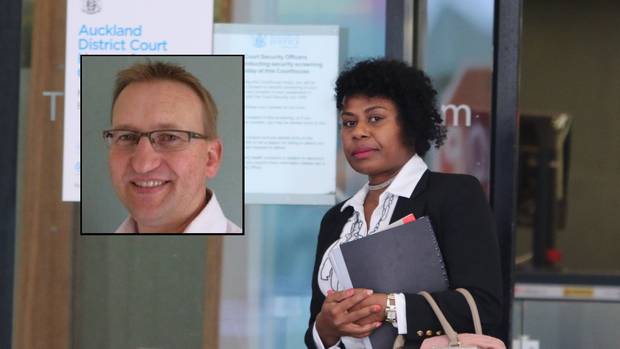 Litia Vuniduvu​ and her partner, Paul Bainbridge (inset), were accused of defrauding the Ports of Auckland of hundreds of thousands of dollars. Picture: NZH/Sam Hurley

A FORMER Fiji national will be sentenced later this year by the Auckland District Court having been found guilty by a jury of 50 charges of dishonestly using a document.

Litia Vuniduvu was caught alongside her lover, former senior Ports of Auckland manager-turned fraudster Paul Wayne Bainbridge, for swindling the Auckland Council-owned company out of NZ$368,842.50 during a three-year period.

The duo’s fraudulent activities surfaced when an elaborate and lengthy fake invoice scheme was uncovered.

As reported in the New Zealand Herald, Bainbridge – who was jailed for three years and one month after pleading guilty in December 2017 – had been working at the ports as a contractor since 2011 and became manager of its ICT services from July 2012.

The Auckland District Court heard that in the position, Bainbridge had financial authority for expenditure for several millions of dollars, had the authority to approve single purchase orders and invoices of up to NZ$100,000, and to hire contractors for up to six months.

The court heard that in December 2013, the first of several dozens of bogus invoices were sent to Ports of Auckland from Vuniduvu but under the guise of the name Tia Rokele.

The first invoice claimed payment for NZ$6400, which was authorised by Bainbridge and paid into Vuniduvu’s ASB account that had been opened in the name of a third party to avoid limitations imposed by her visa status.

It was reported that more fake invoices kept rolling in – all approved by Bainbridge, who later signed off his lover as an approved vendor.

Over the next 21 months, it was reported that Bainbridge and Vuniduvu continued their ruse, confident they would not be caught.

It reported the money was spent on clothes, travel and Vuniduvu’s business.

More invoices flooded in, finally reaching a total of 50 before the final payment was withheld.

The couple was caught in an audit by Deloitte.

Bainbridge was ordered to serve at least half of his prison term before he was eligible for parole.

The New Zealand Herald reported that Vuniduvu arrived into New Zealand from Fiji in 2007 and first met Bainbridge on an internet dating website in 2012.

Vuniduvu, whose initial trial had been aborted last September after new evidence emerged, will be sentenced later this year.