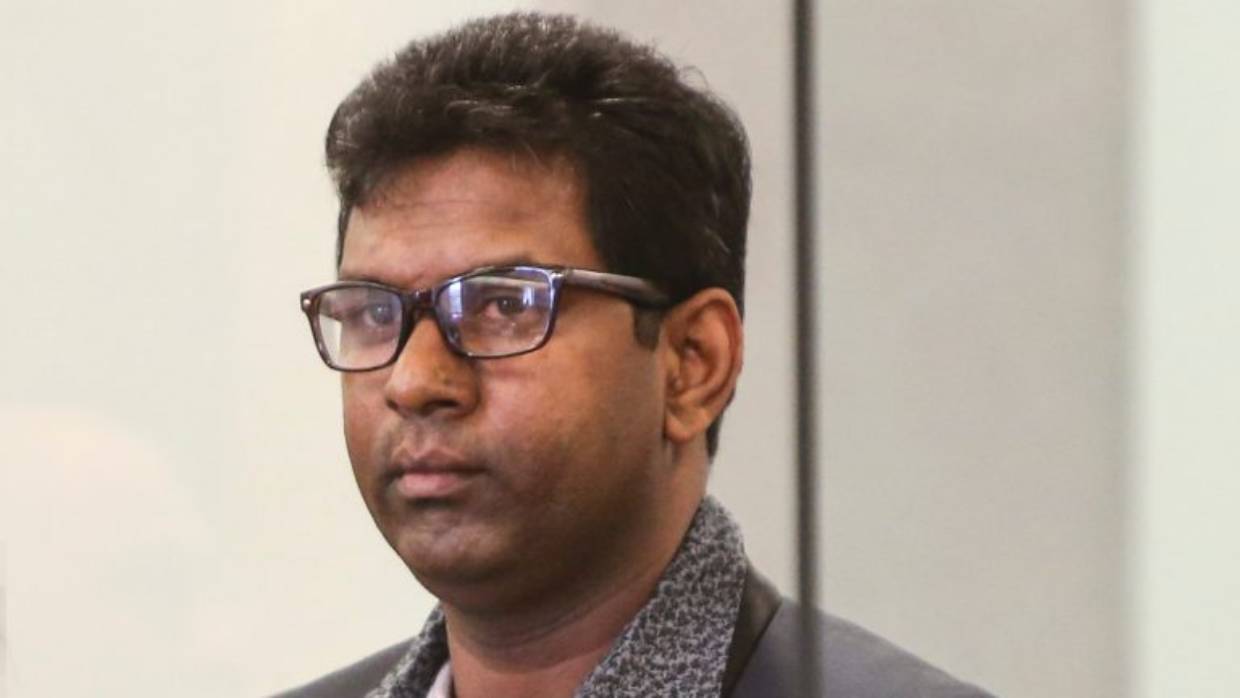 Kamal Reddy was convicted in May 2016 of the murders of Pakeeza Yusuf and her daughter Jojo. Picture: STUFF

A former Fijian national who murdered his girlfriend and her young daughter has lost a bid to remain in New Zealand after he is released from prison.

It reported that the pair, from Auckland’s Bucklands Beach, were reported missing in 2013.

Reddy was arrested in 2014 after he admitted strangling Yusuf with the cord of an electric iron and smothering Jojo so she could not identify him, the media agency reported.

It then reported that Reddy led undercover police officers to the Takapuna Landing Bridge on the North Shore, where he had buried their bodies in deep, muddy graves.

Reddy was found guilty by the High Court at Auckland in June 2016 of the murders and sentenced to life in prison. He will be eligible for parole in 2036.

The now 46-year-old is a citizen of Fiji and became a New Zealand resident in 2007.

However, the media agency reported that he had been liable for deportation since 2015 – before he was convicted of the murders – because of three drink-driving convictions and three convictions for driving while disqualified that he racked up between 2007 and 2013.

Residents can become liable for deportation if they commit an offence within five years of obtaining a residence class visa.

Stuff reported that Reddy had appealed against his liability for deportation to the Immigration and Protection Tribunal. The appeal was held earlier this year.

According to Stuff report, Reddy had told the tribunal he had falsely confessed to the murders and planned to appeal those convictions to the Supreme Court, and that he was remorseful about his drink-driving offences and would not drink anymore.

It reported that Reddy had also said that he was studying inside prison and was worried he would not be eligible for further study if his deportation appeal was dismissed.

The tribunal heard that he had no family support in Fiji and it would be difficult to find employment if deported there, whereas he had support from his son in New Zealand, he said.

Counsel for Immigration Minister Iain Lees-Galloway argued it was in the public interest for Reddy to be deported due to the “abhorrence” of his murders, Stuff reported.

In a recently-released decision, the tribunal dismissed Reddy’s appeal, noting his murders were among the “worst of [their] type”.

Stuff reported the decision that stated he would struggle to find employment in Fiji, and he would face similar challenges in New Zealand because of his convictions.

The decision also said Reddy’s son, a Fijian citizen, could either return to Fiji with him or visit him periodically.

Reddy will be eligible for deportation upon parole or the end of his sentence.