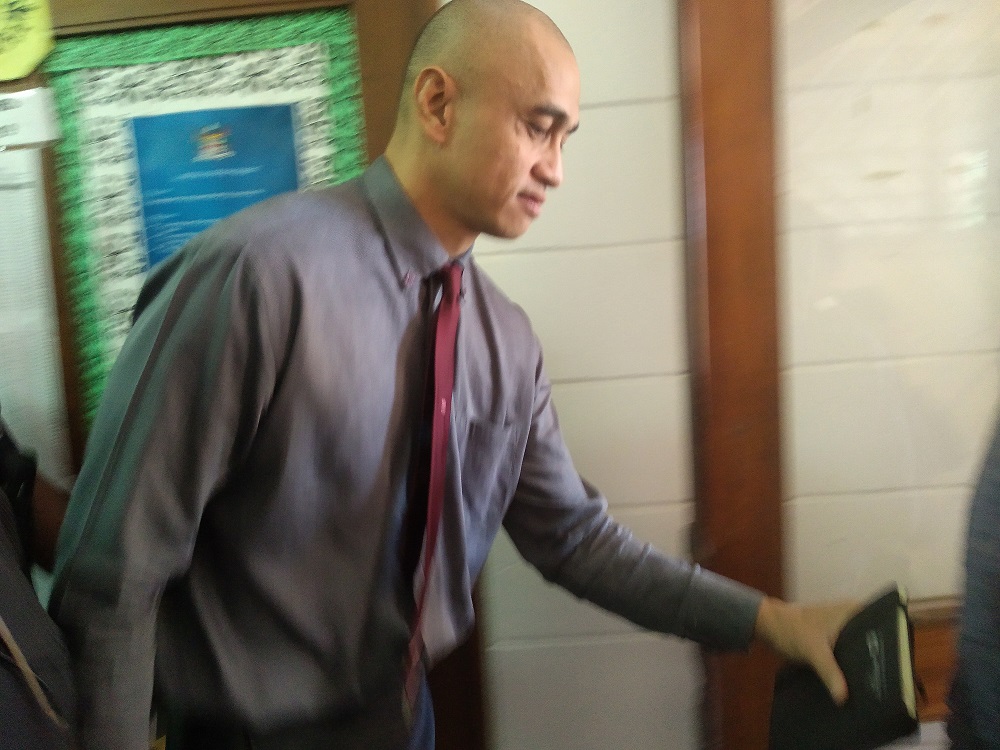 Frederick Epeli at the High Court in Lautoka this morning. Picture: REPEKA NASIKO

While appearing at the Lautoka High Court this morning, Mr Epeli pleaded not guilty to allegedly attempting to ship more than 2000grams of cocaine to Sydney, Australia, in December last year.

Mr Epeli is charged alongside former squash national Justin Ho who did not appear in court today after being admitted at the Lautoka hospital.

The case has been adjourned to July 18 for mention.