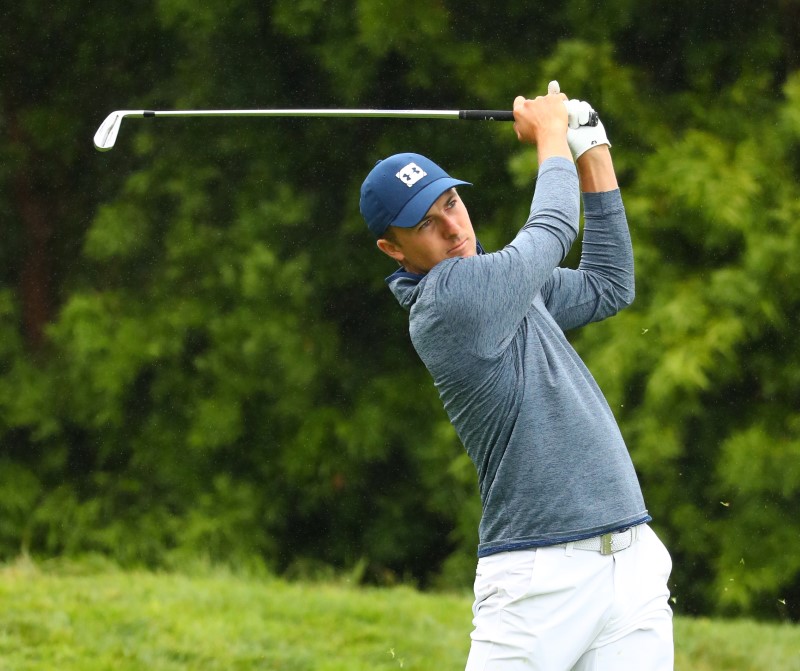 (Reuters) – Former British Open champions Jordan Spieth and Phil Mickelson have a lot of work to do if they are to get their hands on the Claret Jug again this year, with both players missing the cut at the Travelers Championship on Friday.

With less than a month before the final major of the year tees off at Royal Portrush, Spieth, who finished 19 strokes behind U.S. Open champion Gary Woodland last week, missed the cut by four at TPC River Highlands in Connecticut.

“My iron and wedge play is way below my normal standard, and so that needs to significantly improve,” the Texan said after shooting one-under-par 69 for a two-over 142 total.

“I just really need to improve on my ball striking,” added the 2017 British Open winner.

“I started to drive the ball better last week and this week. I had an out-of-bounds ball which was a bummer yesterday, but take that one away and I drove the ball pretty well.”

Spieth said he might add the John Deere Classic in Illinois to his schedule the week before the July 18-21 British Open.

Mickelson, the 2013 Open champion, will have next week off before contesting the 3M Open in Minnesota from July 4-7.

He got off a wretched start on Friday with a double-bogey at his first hole and was seven over through eight.

“I didn’t really right the ship very well but I feel like I’ve had a couple good breakthroughs and my ball-striking game is much closer than it’s been,” he said after carding a 76 for a three-over 143.

“I want to keep playing now because I feel like it’s closer. Today was just not what I expected,” added Mickelson, who was tied for 52nd at the U.S. Open, the only major to have eluded him.