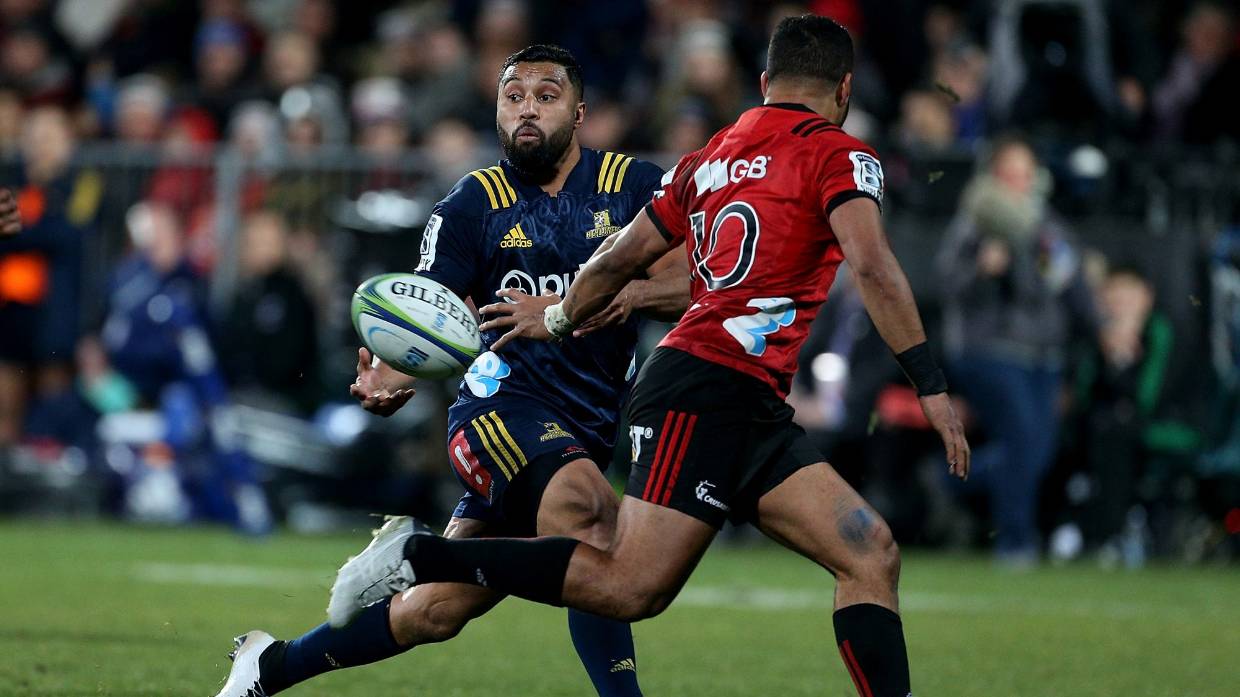 Lima Sopoaga was a class act for the Highlanders before he moved to Wasps, a club that UK reports suggest is under financial strain. Picture: STUFF SPORTS.

A revitalised Lima Sopoaga is eager for English rugby to get under way again, having rediscovered the joy of rugby after admitting he “hated” the game and struggling with mental health issues.

The 16-test All Black has ridden a wave of criticism since arriving in Britain in 2018 to take over from Danny Cipriaini in the Wasps No 10 jersey.

Poor form and a struggling club made the transition difficult and hit him hard personally as he copped plenty of hits on social media and in the microscopic UK rugby media.

“I probably hated the game for a lot of my first year, to be totally honest,” Sopoaga told RugbyPass.

“My mental health took a pretty big hit. I was naive in that I didn’t think moving to the other side of the world would have such an effect on home life and on me personally.

“I just thought I’d come to another country, get a house, get a car, go to training, come home, and enjoy life. You’re trying to work out simple things like which supermarket do I shop at, paying this council tax and this insurance, setting my family up at the doctor. Even in an English-speaking country, that was hard.

“What made it worse were the club not doing well and me not playing well. It just all snowballed, man.”

He was cruelly rated the Premiership’s worst signing given the big wage he was on.

Sopoaga’s fate took another twist early this season before the coronavirus pandemic suspended the English Premiership when he was supplanted in the No 10 jersey by Jacob Umaga.

But there’s been a silver lining to that with Sopoaga shifted to fullback and rebuilding his confidence and visionary game.

“I like the freedom of playing 15. You end up organising the backline and helping out the 10 a lot. As a 10 myself, I know what Jacob or Jimmy [Gopperth] need from me at the back. I’m a voice, I’m their eyes, I’m their ears.

“It’s been awesome adding another string to my bow, but I still love 10, I love being the shot-caller and running a team.

Former Highlanders star Sopoaga said his family, with two young children, had provided him with the perspective to get through his struggles though he revealed he also got professional counselling with the help of the Rugby Players Association.

He believes he has learned plenty and will come back stronger when the season resumes.

“I was pretty unhappy for a long time but we have gotten through it. I’ll be better for the struggle of moving over here and not being as successful as I’d have loved to be straight off the bat,” he told RugbyPass.

“I came over with the wrong mindset in that I just thought, sweet, I’m a bona fide rugby player, I know how to play rugby,” he said.

“I didn’t mentally prepare for the fact that by the time I left Dunedin, I had built these relationships with players over nine years and I expected to walk right in and run a team as I would if I was running it back in Dunedin. That’s where I came unstuck.”