Forever to go – Paula and Sera 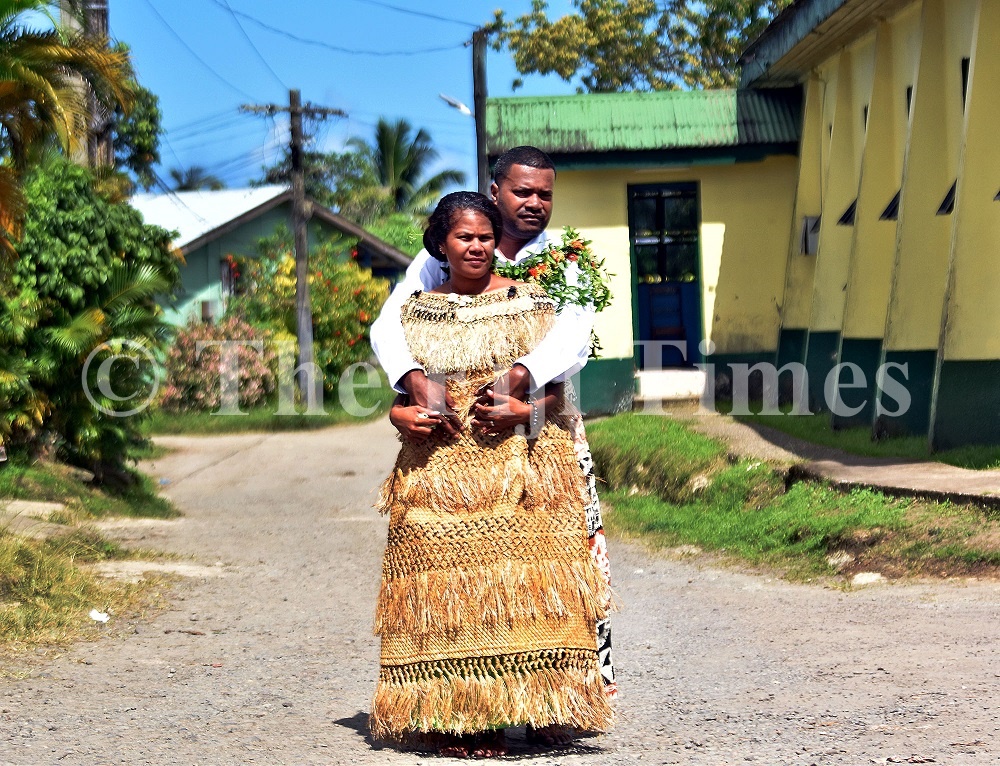 Decade down and forever to go! Those were the unspoken words that lingered on Paula Ravuga Tuvuki’s mind as he married his longtime sweetheart Sera Disulu .

The couple tied the knot in front of close family and friends at the Nakurukuru Church, Lami, immortalising a friendship they kindled 10 years ago.

They met each other in 2012 as strangers but today, they are eternal friends.

“We were both on the high education program (Fiji National University) majoring in English,” he said.

“My minor was Geography and Sera’s was Vosa Vaka Viti (iTaukei language).”

But love did not spark between the two until they met again when Paula moved to Lautoka to finish his course.

“I moved to Lautoka because most my minor units were not offered at the Nasinu campus.

“So after a semester in the Sugar City, we met again. That’s when cupid’s arrow struck and we started seeing each other.”

He said just like many couples, they had their fair share of struggles and doubts but love always had its way.

“Sometimes she would leave to spend time in Labasa and I would stay back in Suva.

“But we would call every day to check on each other. That kept our love alive.”

They couple spent months tirelessly preparing for their big day on Friday, September 16.

“Preparations started earlier this year. We set a date that was both convenient to both of us and worked towards it.

“We would meet twice a month to sort out things we missed and work out how they were going to be financed.”

Paula and Sera chose an intimate traditional iTaukei wedding to mark the start of their lifetime journey together.

And as such the union was replete with all the customary obligations, cultural finery, a sumptuous feast and colourful traditional revelry.

“On the night before the wedding, two representatives from my side went to the bride’s side and laid out plans for the wedding day.”

Traditional protocols kick started in the morning of wedding day.

The brides and grooms family both presented their isevusevu (dried yaqona roots).

Before the church service, a kamunaga (whales tooth) was taken to the bride’s camp signifying the groom asking for his brides hand in marriage.

Following the wedding, a reception was held a minute’s walk from the church, at the couple’s home in Lami.

As the wedding brought together traditional rivals to one moment of family unity, there was no short supply of fun and gaiety from both sides.

Paula describes his wife as someone who ‘always brings out the best in me’.

“Ten years in the making all came down to this moment, he said, “I wouldn’t have it any other way.”

Sera is a high school teacher at Basden College, Newtown in Nasinu while Paula works as a deputy chief editor at The Fiji Times.