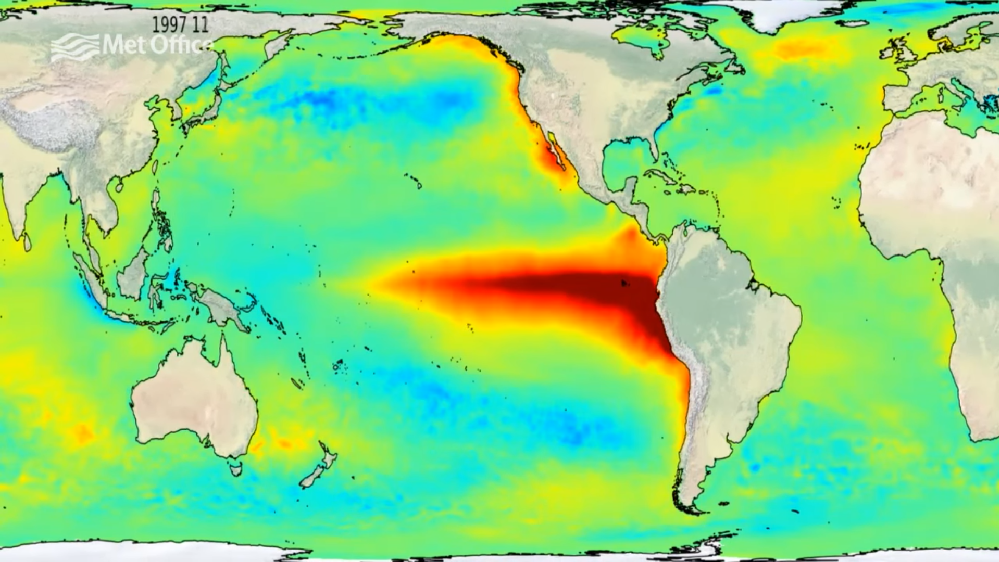 MAJURO, 26 SEPTEMBER 2018 (MARIANAS VARIETY) – There is a high probability of a new El Niño taking hold in the north Pacific later this year, according to U.S. weather forecasters.

“There is a 60 per cent chance of El Niño in the Northern Hemisphere in September-November, increasing to 70 per cent during the winter 2018-19,” Guam-based weather officials who track climate conditions in U.S.-affiliated islands said Friday in a new report.

For the Marshall Islands and eastern Micronesia, an El Niño usually causes extended draught and increases the likelihood of serious storms.

An “El Niño watch” by weather forecasters was triggered earlier this year in response to ocean warming that indicated El Niño conditions were brewing. In addition, record-breaking rainfall in the Marshall Islands suggests development of El Niño conditions.

Rainfall for Majuro over the past 12 months set an all-time record high, while rain at Kwajalein from January to June was record-setting, according to Guam weather officials.

The new 12-month and six-month records wipe out previous records dating back to when rain data first began being collected in the mid-1950s. Twelve-month periods ending in July show that Majuro broke the 200-inch level for the first-time ever this past July.  Meanwhile, Kwajalein was deluged from January to June — a period that is normally the dry season. Its six-month total topped 80 inches, well above previous six-month rainfall records.

“From Pohnpei and eastward, conditions were mostly wetter than average (during the first six months of 2018), with rainfall amounts at some of the atolls of the Marshall Islands — Kwajalein and Majuro — surging to new historical highs,” said the Guam weather report. “During July and August, the pattern of abundant rainfall in the east continued, with persistent dryness in the far west — Palau.”

The report noted that high rainfall in August “has already pushed multi-month totals at Majuro and Kwajalein to ever higher record magnitudes, exceeding prior high marks by wide margins.”