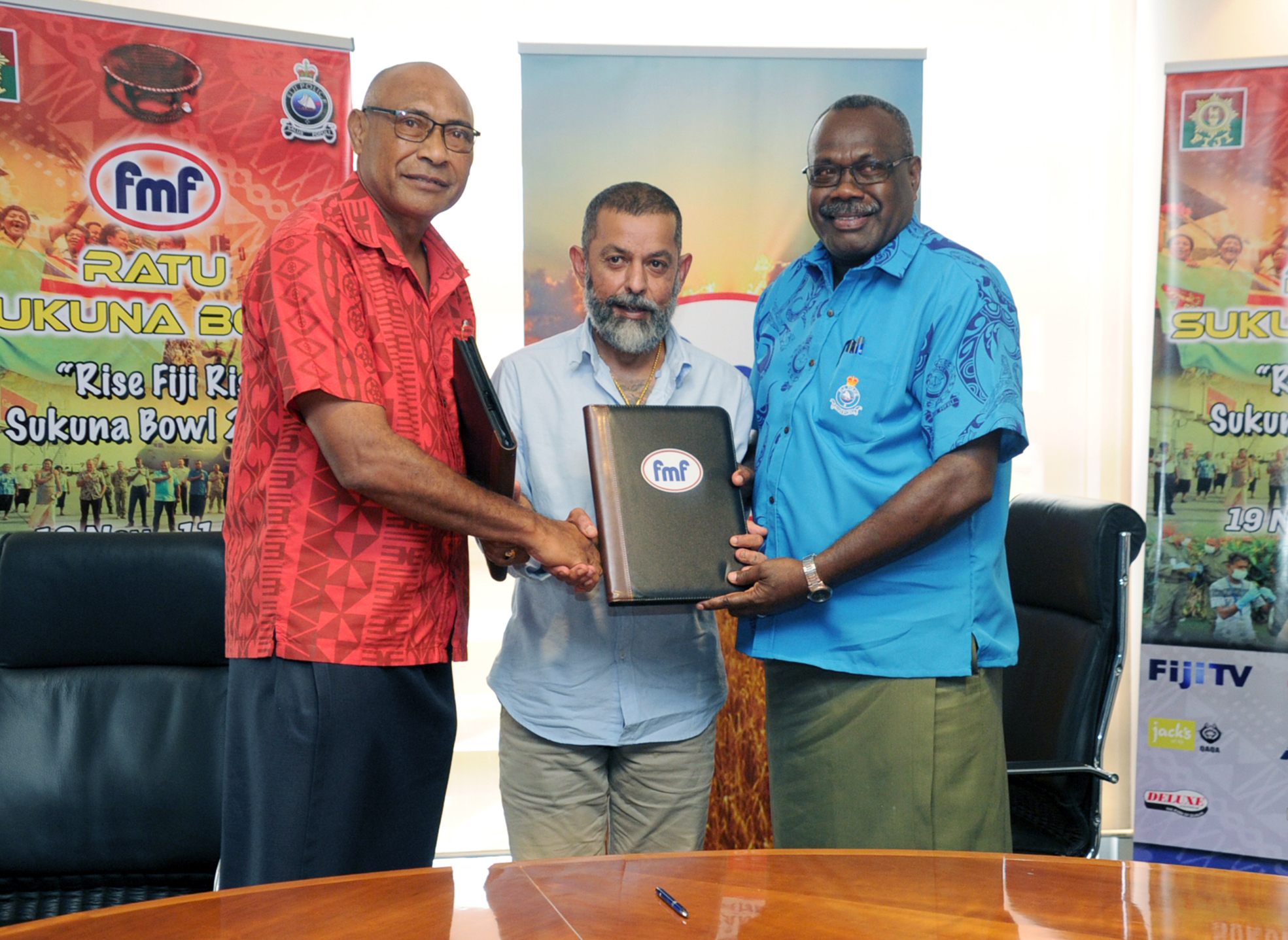 A boost for the prestigious 2020 Sukuna Bowl challenge with the inking of a three-year deal with the Flour Mills of Fiji (FMF) this week.

The Commander of the Republic of Fiji Military Forces (RFMF), Rear–Admiral Viliame Naupoto, while speaking on behalf of the security forces said the timely sponsorship would boost this year’s campaign which aimed to help COVID-19 stricken families and children.

“Before this, we were using money from our own pockets to pay for the venues, but now we can spare as much as we can from gate takings which will be directed as a charity to children whose parents have been laid off because of COVID-19, and continue to keep their dreams and hopes alive.” Naupoto said.

“FMF has assisted in establishing Fiji’s food foundation starting in 1973 and we will work towards helping Fiji recover, hence we support the secretariat in issuing all gate takings to charity,” Taniela said.

“It also made sense to FMF that we partner for a longer term that come in as a one-time sponsor and move out, hence we encourage the Sukuna Bowl secretariat that not just this year but each year either all or a certain portion of the gate takings be given to a suitable charity.”

The Sukuna Bowl Challenge will be held at the ANZ Stadium on December 11.