For the love of music – Drumming to pay his bills 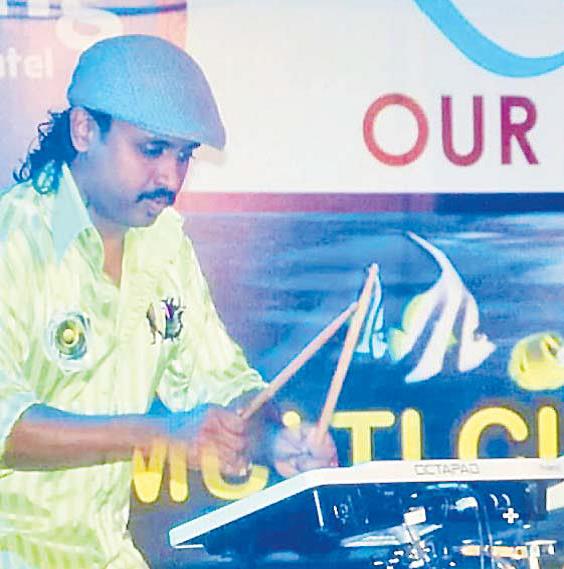 Samresh Rao never thought music would pay his bills one day. But through dedication he has been able to demostrate to his friends and aspiring musicians that music can be a source of livelihood.

All that is needed is passion and drive.

“Those who want to pursue this profession, it will surely pay off provided you are willing to give in your all,” he said.

Born and raised in Suva, Rao is the youngest off three siblings. “Having a passion is not enough, one must also be patient, persistent and persevere in order to reach your destination.”

“My interest in musical instruments led my parents to enroll me at the Suva Multicultural Centre where I started learning tabla.”

He said at 10 years of age, he performed devotional songs at religious events. Rao attributed his growth as a musician to his Guru Viveka Nand. “All that I have learnt regarding music and teaching is because of his guidance.

“The artist in me grew as years passed by and I was involved in various musical bands during my university days.”

At 21 years of age, Rao formed his own band “Jhankaar”, doing bollywood covers at local weddings and parties.

“In 2012, I was awarded a scholarship by the Indian government to study music.

“India was exciting and challenging as well. I started liking my stay when I got engaged with local bands in the state of Kolkata namely Naad, Rishob, Wrong Tuli and Swar Dhaaraa.

Rao said his involvement in the local groups was acknowledged by the Indian Council for Cultural Relations (ICCR) West Bengal with a certificate of proficiency as a percussionist.

“My aim is to grow my Jhankaar Academy of Music school into a university one day, where we can have all forms of music and performing arts with qualified teachers improving the standard of performing arts and artists in the country.”

He said when he gave up his job as a sales executive in order to become a professional performing artist, there were a lot of negative reactions from friends and relatives. However, they could now how he survived in this profession and as support he was getting. Rao said in Fiji, creating an interest for Indian classical music had been a major challenge.

“Upon my return to Fiji in 2015, I was employed by three different cultural centres and I also revived my band ‘Jhankaar’ with few former members and some new young musicians.”

“Post COVID-19, I decided to start my own music school at Votualevu College in Nadi and within a week we had over 50 students enrolled in tabla, harmonium and keyboard classes.”

Rao said his work required him to travel from Suva to the Western Division every week.

“A lot of people ask me how I manage to do all this and I tell them that if your profession is your passion, you will go to any lengths be it an office or on a stage.”

He said when his live performances coincided with family events and holidays, he would sacrifice all personal commitments,”just to be up on the stage performing”.

Rao is also a graduate in Bachelor of Arts in Instrumental Music (Percussion Honours) graduate from Rabindra Bharti University in India. He lives in Suva with his family.