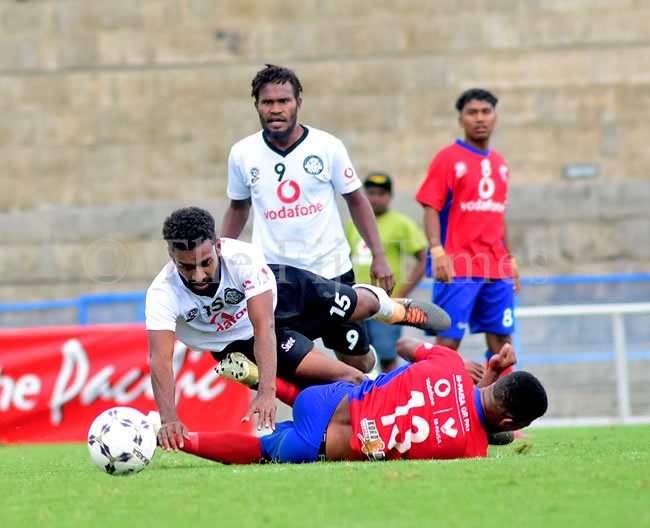 The Capital City side had an experienced pack that held off the Navua forwards from their multiple attempts at the goalmouth. Remueru Tekiate scored Suva’s first goal in the first-half from a free kick outside the box.

Navua failed to capitalise as they trailed Suva 1-0 into halftime.

The second spell started off strongly as the Navua forwards built pressure on the Suva defence but they failed to find the net in their attempts.

A combination of speed between the Suva forwards led to their second goal from Christopher Wasasala in the second half and experienced Meli Codro outclassed his opponent to score their third goal halfway into the second half to lead Navua 3-0.

Navua kept on applying pressure in the final quarter of the second half which saw Sharad Kumar score for Navua as they bridged the gap to 3-1.

It was the difference in experience that led to Meli Codro’s fake attempt at goal that distracted the Navua defence before he dribbled to his left outside the penalty box and kicked in his second goal.

Navua kept on applying the pressure, but failed to execute as Suva defeated them by 4-1.

“Composure and patience really helped us and this week we talked about slowing the game down, but in the second-half we increased our pace,” said Khan.

“In the second half we picked up the pace, so we brought in Christopher and Sairusi and Sai is a fast player.” Meanwhile, Navua coach Mohammed Shafil said they learned a lot from the match.

“Suva has quality and talented players and we have young players and we missed some good chances that could have been scored. We have learnt many things and we still have three games,” he said.