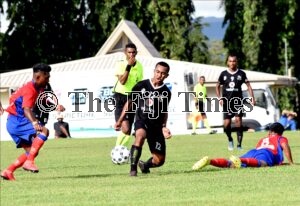 The Ba Football Association has been affected by players moving to other districts, but is proud of breeding local reps for district competitions.

The Vodafone Premier League champion fielded youth players in the senior team against Navua on Saturday.

This is because of the exodus of some senior players in the mid-season transfer window.

Ba fielded four newcomers in the starting line-up in the 5-3 victory against Navua.

Ba is wary of Lautoka whom they will play at Churchill Park tomorrow at 7pm.