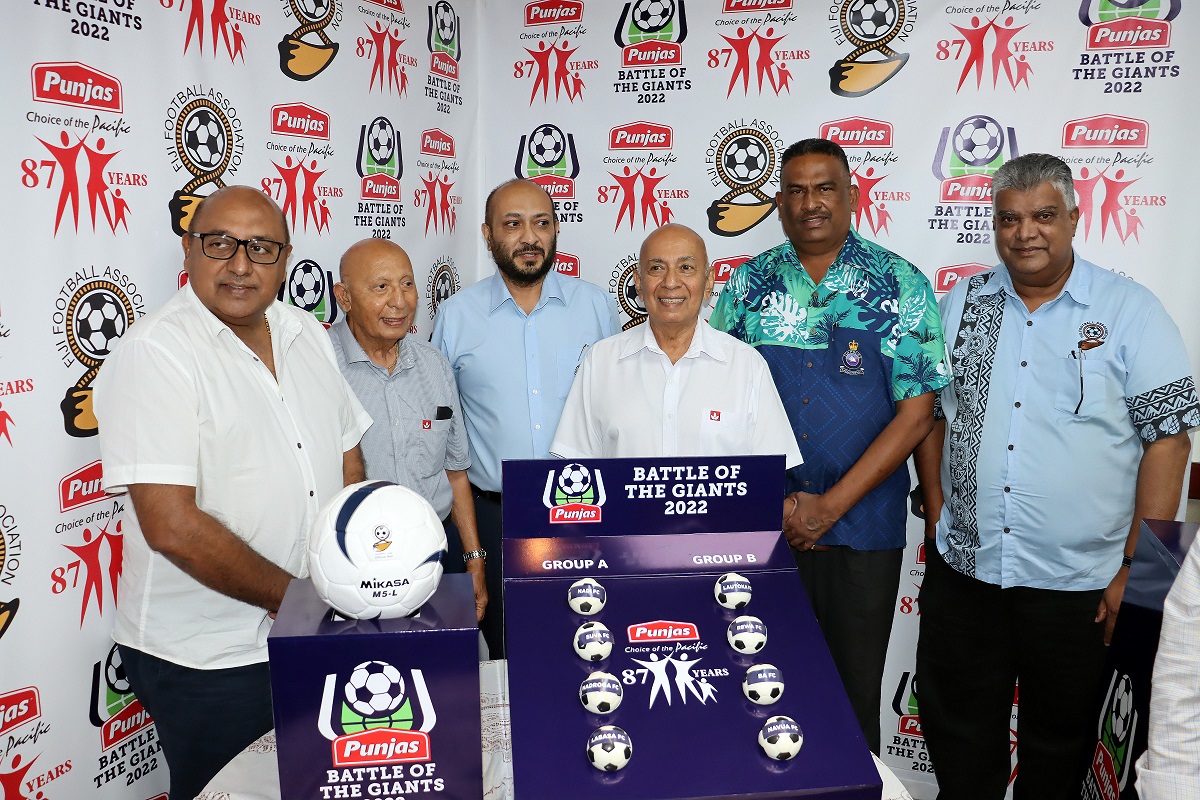 This year’s Punjas Battle of the Giants tournament is aimed at encouraging fellow Fijians to realise the importance of their everyday nutrition to help their families and community fight against NCDs.

This social message was revealed last Thursday during the official pool draws for the 2022 BOG, which is to be held at Churchill Park over two weekends.

The group stages will be held from August 26-28 while semi-finals and finals will be played a weekend later.

Punjas BOG social message is ‘Boost Everyday Nutrition’, which will be displayed on the left sleeve of the team jerseys.

Punjas & Sons (PTE) Ltd group marketing manager Gopal Jadhav said: “Sporting activities are great ways of communicating these to people and we hope that this year’s Punjas BOG will make a difference in every Fijian’s health and well-being.”

Fiji FA chief executive officer Mohammed Yusuf said they looked forward to the staging of the tournament and acknowledged Punjas Group for coming on board in 2020 when the former sponsors had pulled out.

“Like our other sponsors, we are thankful to Punjas for their support in the development of football in the country,” Yusuf said.

“We are pleased to be associated with Punjas in the campaign to educate everyone on the importance of their everyday nutrition to help their families and community fight against NCDs.

“I must say Punjas came at a very critical time when we didn’t have a sponsor for the Battle of the Giants.

“Top eight teams in the Digicel Premier League have qualified to be part of this tournament.

“The Digicel Women’s Super League matches will be played alongside these pool matches on Friday, Saturday and Sunday where the six top women’s teams around the country will be playing two matches on a daily basis.”

Yusuf said the three-year deal between Punjas and the Fiji Football Association was signed in 2020.

“We could not play due to restrictions in 2021 but here in the final year, we are back with the Punjas Battle of the Giants to be played at Churchill Park in Lautoka.”

The pools were drawn according to the seeding of the top eight teams from the Digicel Premier League standings.

Nadi leads group A with Digicel Fiji FACT champions Suva, Nadroga and Labasa while DPL points table leaders and host Lautoka are in Group B with defending champions Rewa, Ba and Navua.