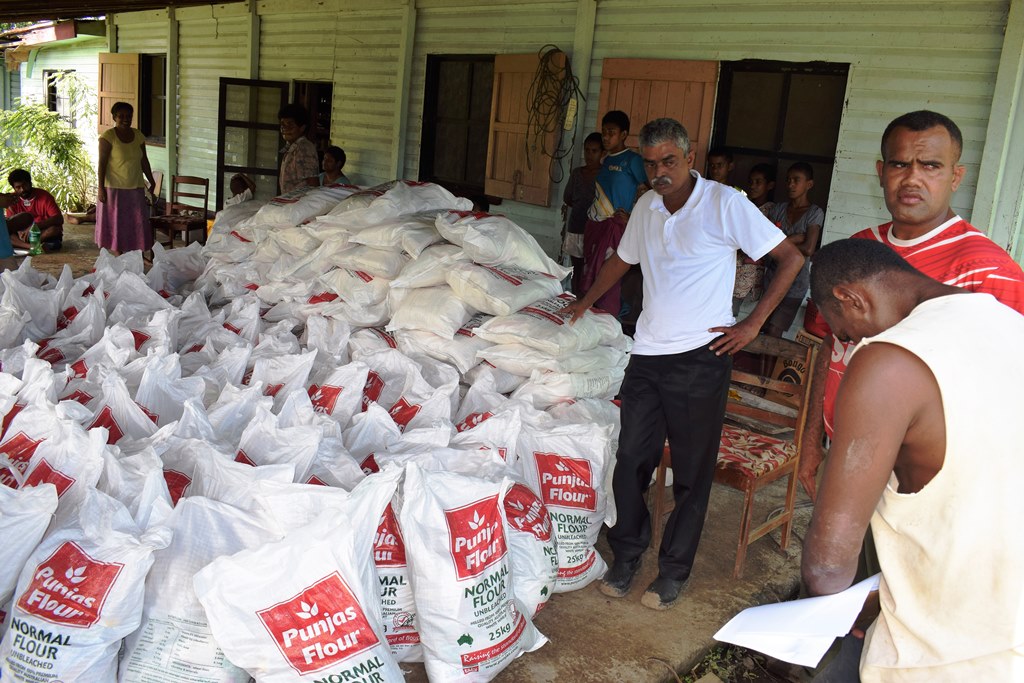 Fiji's Assistant Minister for Agriculture Viam Pillay leads a team of food ration distribution to one of the most affected villages in Ba. Picture: SUPPLIED

THE distribution of food rations continues in the Ba province after the devastation caused by Tropical Cyclone Josie and Severe Tropical Cyclone Keni earlier this month.
The DISMAC team, led by Assistant Minister for Agriculture Viam Pillay, is involved in the distribution of food rations, clearing of roads, farms, and homes, and also conducting further assessments on the ground.
Mr Pillay said the distribution of rations was for those whose homes and farms were damaged by the flood.
“We have been giving rations to people whose houses and farms were affected by the flood and this is done following the proper criteria,” he was quoted saying in a Government statement issued today.
“The team here in Ba is ensuring that relief supplies reach all who have been affected, whether they live in villages or settlement.”
While ration distributions are ongoing, survey teams from respective ministries and departments are also on the ground conducting damage assessments.