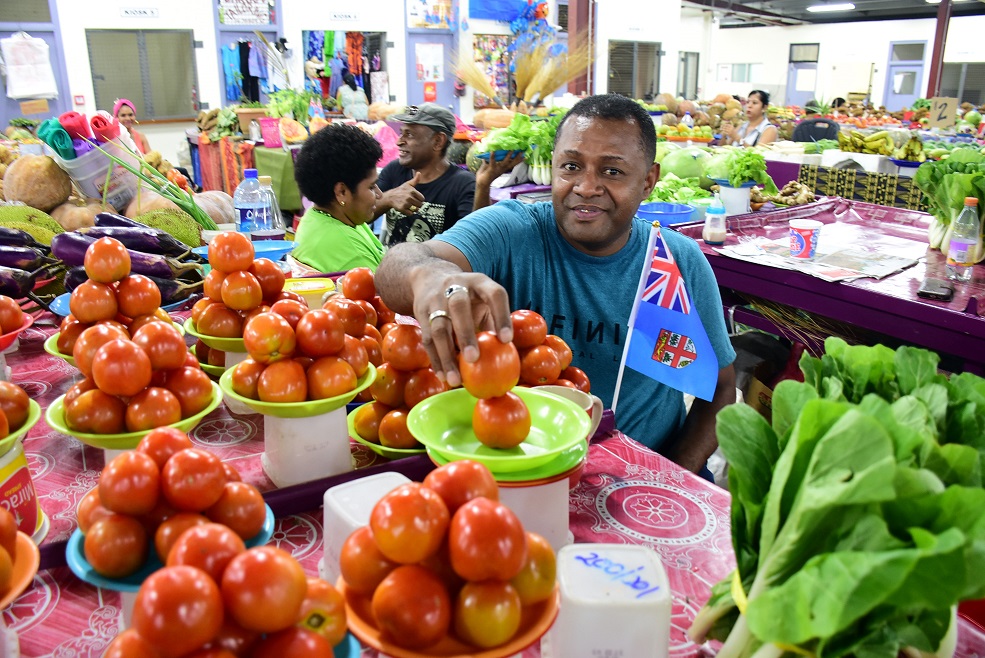 There has been immense support and calls for men to be more open about their health issues over the past 19 days.

Movember is a month dedicated to men’s health and issues, and prostate cancer takes centre stage as the second most common cancer in men after skin cancer.

But there is a noticeable lack of information on the one thing under our control to protect men from suffering from this disease – our diet.

The classical Greek physician and father of modern medicine, Hippocrates of Kos, once said: “Let food be thy medicine and medicine be thy food.”

While the exact role of diet in prostate health is still unsettled, there are theories by experts that suggest the foods we eat can have an effect on our prostate health.

The risk of prostate problems including prostate cancer could be reduced by incorporating healthy and prostate-friendly foods into your diet.

Let’s look at those foods which we can find in our markets around the country.

Tomatoes contain a powerful antioxidant called lycopene which has been seen to prevent prostate cancer from developing.

As an antioxidant it protects cells from damage.

For the purpose of having a diet high in lycopene through tomatoes, they might be better off cooked or puréed because lycopene is tightly bound to the cell walls of raw tomatoes.

This makes it harder for the body to extract. Studies have shown that men who eat more tomatoes are less likely to develop prostate cancer. Lycopene can also be found in other local fruits including guava, watermelon and papaya.

Broccoli is a cruciferous vegetable, or a member cabbage family.

Some studies suggest a link between the amount of cruciferous vegetables you eat and a lower prostate cancer risk.

Although unclear researches propose that phytochemicals like sulforaphane in this family of vegetables – with broccoli sprouts holding significant amounts – selectively target and kill cancer cells while leaving prostate cells unharmed.

Other members of this family of vegetables include red and white varieties of cabbage, bok choy (Chinese cabbage), watercress and cauliflower.

Dhal is a food staple in Fiji and boarding schools hold notoriety for serving it.

It is part of the legume family of plants.

Legumes contain biologically active plant compounds known as phytoestrogens and studies have shown that men who consume more of these had a 20 per cent lower risk of prostate cancer than the group with the lowest intake.

Other members of the legume family include peanuts, beans, peas, chickpeas and soybeans.

Carrots are a root plant and consumed the world over.

Its fibre helps keep blood sugar levels under control and it is rich in vitamin A, alpha and beta carotenoids. Some studies have found a link between alpha-carotene (which acts as an antioxidant) and a decrease in prostate cancer risk.

The studies found eating a medium-sized carrot each day, or drinking freshly pressed carrot juice, to be helpful, however those results haven’t been universally duplicated. Alpha-carotene can also be found in other local fruits and vegetables such as pumpkin, sweet potato, mandarin oranges and mangoes.

Hardi, or turmeric, is part of the ginger family and is well known for being medicinal.

The active ingredient, curcumin, is a chemical with anti-inflammatory, antioxidant and even anticancer effects.

Test-tube studies have found it effective in slowing the growth of lung, breast and prostate cancer cells.

Half a teaspoon to three teaspoons of ground turmeric is the recommended daily consumption for the best health results by some but can also be used as a spice to flavour foods and pairing with black pepper helps boost its absorption.

Fish are known to be rich sources of polyunsaturated fats, used by our bodies to build brain cell membranes and nerve coverings.

Polyunsaturated fats, including omega-3s and omega-6s, are essential fatty acids and can only be obtained through diet and having a balance of the two is linked to better health outcomes.

Some reviews have reported that there may be a link between higher omega-3 fat consumption and a lower risk of high-grade prostate cancer and prostate cancer mortality but more research, including human studies are needed.