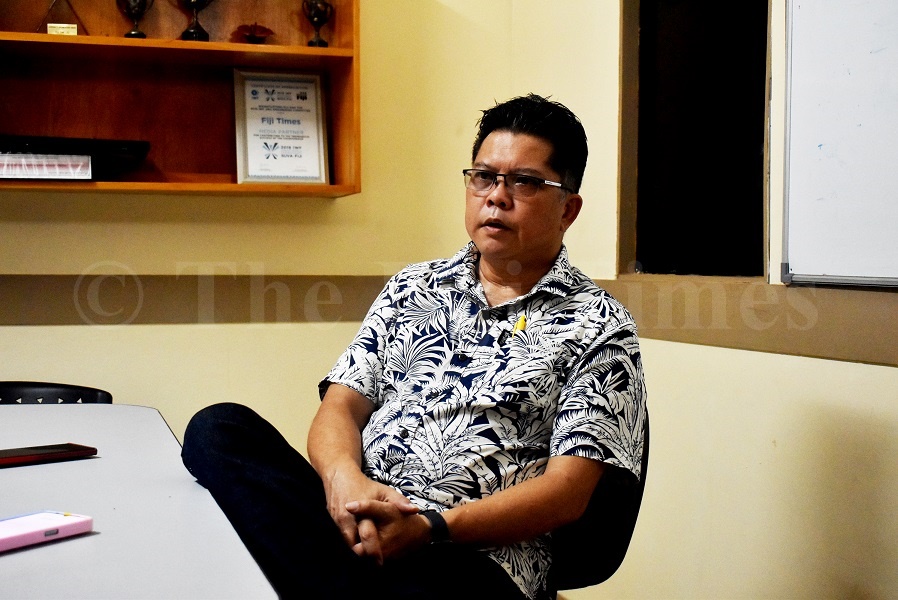 Singapore-based satellite company Kacific was established at the end of 2019 and activated its services in early 2020 – around the time when most economies were struggling under the impact of COVID-19.

With his deep-rooted career and experience in the telecommunications sector in Fiji and the region, Mr Fong looks forward to continuing his quest of delivering meaningful broadband and benefits of technology to developing economies, especially to areas that remain unconnected.

Mr Fong shared that while the origins of Kacific’s focus was for the Pacific they planned to continue on that journey to provide more broadband, especially to areas that were very challenging in addition to greater coverage around the world.

Since its establishment Kacific’s reach and coverage has increased in Fiji and the Pacific with countries such as Tonga, Federated States of Micronesia, Solomon Islands, Vanuatu and much of Papua New Guinea.

With each Pacific country being unique to the next in terms of culture, values and sensitivities, Mr Fong said Kacific’s focus was to build relationships with its customers and stakeholders and to achieve that the company believed in bringing together a team that understood some of the markets in the region.

Mr Fong said it was very important for developing economies to have access to affordable broadband services considering how much people and businesses had become dependent on digitisation after COVID-19.

He said since COVID-19 people were working from home, conferencing from home and there was a sudden uptick of e-payment and e-commerce platforms.

“Especially if we look around here in Fiji – before COVID-19 there were not many businesses that were online but now most businesses have a good enough presence online where people can look at their products and services online and consumers can buy them online,” he said.

Today businesses have their online platforms where their customers can browse, order and shop online with online payment platforms, making it easier for them to purchase and pay for their items.

With more than 28 years of experience in the telecommunications sector in Fiji Mr Fong has seen developments and evolution of the industry and he brings that wealth of experience to his post as the managing director of Kacific.

“When I started with the Fiji Post and Telecommunications Ltd in those days, telecommunications was not a service that was widespread and there were long waiting periods for people when they wanted to connected.”

With digitization services has become much advanced and improved and with the internet smartphones there are many applications users can get on the internet to help communicate.

Mr Fong further said with their focus in the regional markets such as Fiji and other Pacific Islands, Kacific planned to start developing businesses and they were looking for partners in those markets to start providing services.

He said as the newly appointed managing director he would also assist the company to look at how best they could develop business models and applications that would work and make sense for the users and communities in the various countries.

At the moment he said Kacific did a lot of work through the traditional telecommunications operators which also meant that where these operators needed additional reach then they used Kacific as part of their service delivery.

With the level of development in Fiji, Mr Fong said the level of service and connectivity in Fiji was very good but like any other country there were spots that were left out as a result of lack
of coverage.

Although it was an expensive undertaking to provide coverage to areas that were left behind, Mr Fong said it was important to start paying more attention on getting people connected because some of their livelihood, education and the ability to do businesses depended on that.