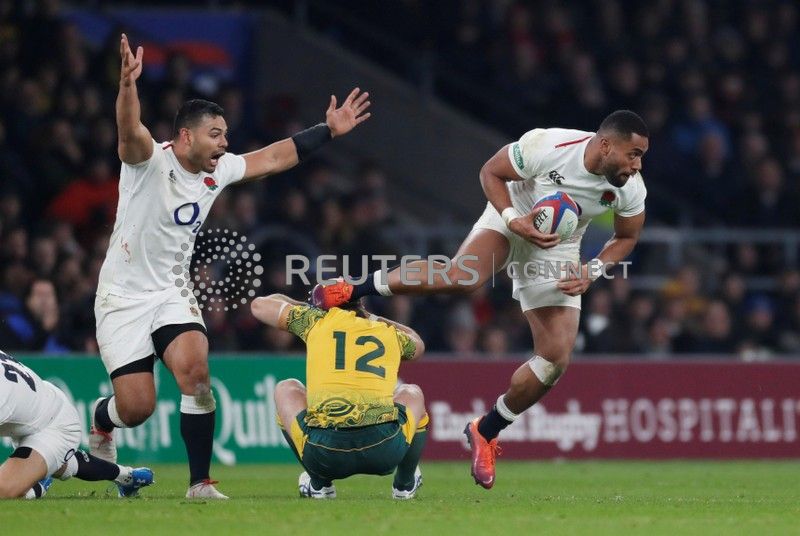 SYDNEY (Reuters) – Bernard Foley scored 16 second-half points as the New South Wales Waratahs produced a controlled second 40 minutes to stay in contention for the Australian conference title with a 23-20 win over the Melbourne Rebels in Super Rugby on Saturday.

The Rebels had taken a 20-7 lead into halftime following tries to Billy Meakes and Reece Hodge and looked to be strong favourites to further extend their lead at the top of the Australian conference.

The Waratahs (20), however, were far more disciplined after the break and moved into second ahead of the Queensland Reds (18), with the Melbourne-based side still on top on 24 points but they have a bye next week.

Adam Ashley-Cooper also scored a try for the Waratahs who were playing their first game since a furore broke out over controversial social media posts by Israel Folau, who faces a code-of-conduct hearing after he said gay people would go to “hell” if they did not “repent”.

Rugby Australia and the Waratahs, who have stood down Folau from all rugby activity, have both said they intend to terminate his contract.

Both sides appeared to have issues with a slippery ball with numerous handling errors interrupting the flow of the game.

After Quade Cooper landed a 13th-minute penalty to give the Rebels a 3-0 lead, Ashley-Cooper scored the first try of the match when the Waratahs centre ran a line back across the defensive screen and scored virtually untouched.

Meakes, however, gave the visitors the lead again when the ball squirted clear of the breakdown and the Rebels centre pounced as several players stopped and appeared to be waiting for referee Damon Murphy to halt play for a knock-on.

Hodge’s try on the cusp of halftime was also from a similarly confused situation when Rebels winger Marika Koroibete appeared to have interfered with a defender in the air but Murphy allowed play to continue and the fullback ran in untouched.

Hodge extended the lead to 20-7 at halftime with a long-range penalty, although the Waratahs were more controlled after the break and managed to string together several phases, which resulted in a succession of penalties.

Foley slotted two penalties to reduce the deficit before he pounced on an overthrown lineout and beat Cooper to the ball and ran 55 metres to level the score at 20-20 as the game entered the final quarter.

The Wallabies flyhalf gave the Waratahs the lead with his third penalty of the half and with Rebels replacement prop Sam Talakai sinbinned for the final eight minutes after a succession of team penalties they were able to hold on for the win.

'I can't breathe' protests spread across America after Minneapolis killing