Folau’s code of conduct hearing to continue on Sunday 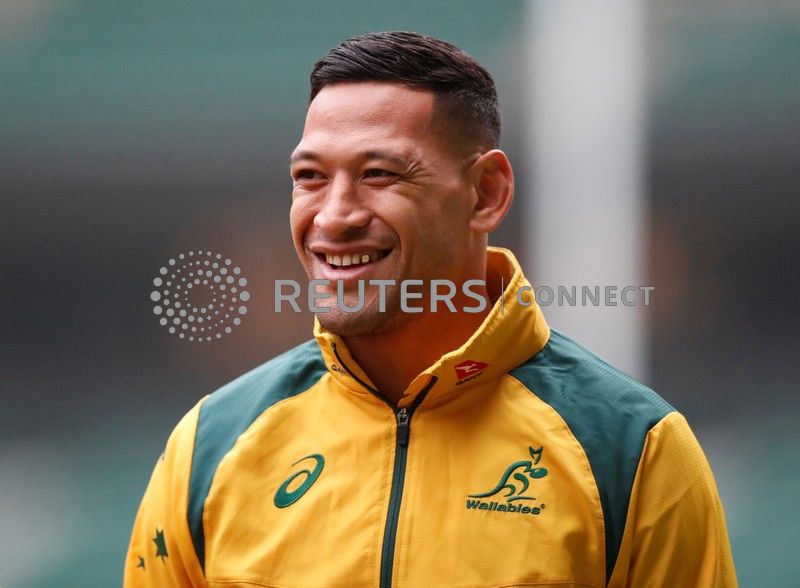 SYDNEY (Reuters) – Israel Folau’s code of conduct hearing will continue for a second day on Sunday with no decision expected before Monday at the earliest, Rugby Australia said on Saturday.

A three-member panel convened on Saturday to decide whether Folau, a fundamentalist Christian, breached RA’s code of conduct with a post on social media that said hell awaits ‘drunks, homosexuals, adulterers’ and others.

The 73-test fullback was served last month with a breach notice that said his social media post had ‘disrespected’ people on the basis of their sexuality.

Folau, RA chief executive Raelene Castle and Wallabies coach Michael Cheika all gave “oral evidence” on day one of the hearing, the governing body said in a statement.