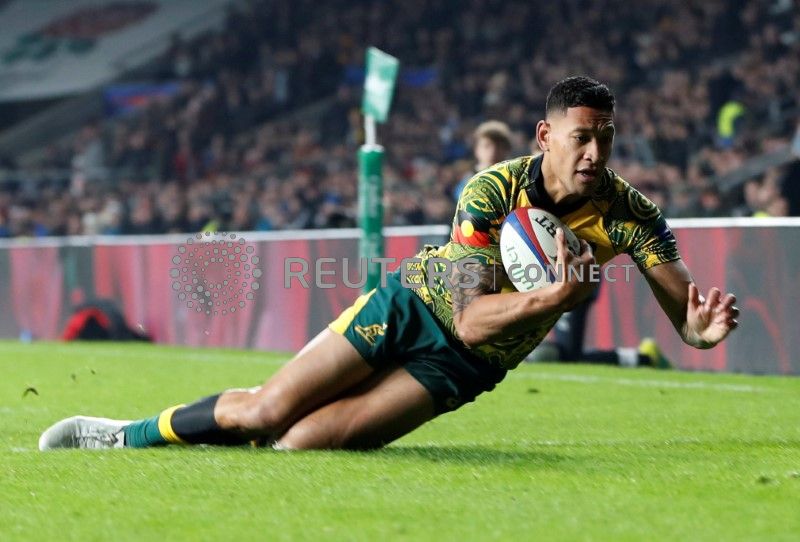 MELBOURNE (Reuters) – Australia outside back Israel Folau has extended his Wallabies contract until 2022, ending speculation of a switch back to rugby league.

“I’m really grateful to Rugby Australia and the Waratahs for all they have done for me,” Folau said in a statement issued by the governing body.

“When I made the switch to rugby five years ago, I could never have dreamed that it would have gone this well.

“The World Cup is a big target of mine this year and I believe this Wallabies group can go a long way if we keep on improving.

“I’m looking forward to working hard and doing whatever I can to help the team achieve what we want to achieve both this year and into the future.”