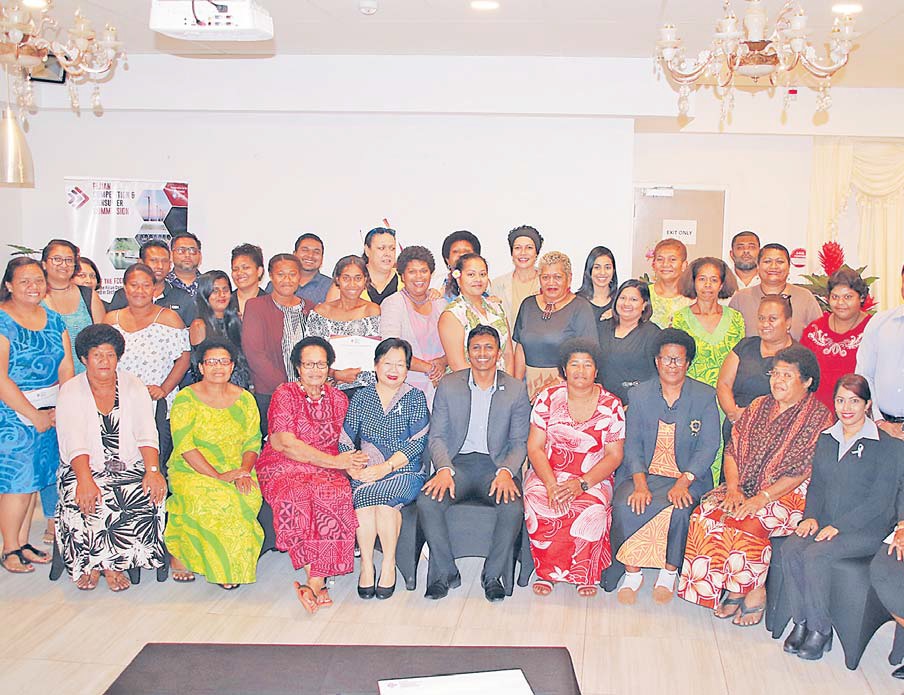 A total of 45 micro, small and medium enterprise (MSME) members were part of a workshop organised by the Fijian Competition and Consumer Commission (FCCC) which focused on bridging information gaps and creating awareness of regulatory and compliance matters.

“MSMEs are a critical force in the Fijian economy, driving innovation, economic development and are responsible for new job creation in emerging markets,” he said.

“The regulatory landscape is changing and FCCC recognises that businesses especially MSMEs require assistance to enable them to compete effectively at a level playing field.”

Mr Abraham applauded the Government for its commitment to providing concessional loan packages to MSMEs.

“These entrepreneurs will play a key role in Fiji’s economic recovery. It was encouraging to see that over 90 per cent of the participants were women as FCCC is a strong advocate for women’s empowerment.”

He added the ethical and fair business practices in compliance with the FCCC Act would not just benefit consumers, but the business as well.

“It is the role of FCCC to promote compliance with the FCCC Act, including by enforcing the law against those who infringe it, but we believe in collaborative approaches like this as we find them to be more sustainable, long-term,” said Mr Abraham.

“Businesses do better when they create an environment for their customers where they feel that they are not being cheated or misled.

“By complying, you are actually boosting your business and adding to your reputation.”

The program was centred on compliance with the FCCC Act 2010, making submissions at FCCC for price-controlled items, governance for MSMEs and accounting for MSMEs.

Mr Abraham said FCCC would host a similar program on the November 30, 2020 at the Tokatoka Resort in Nadi encouraging members to be part of a worthwhile opportunity which would boost their businesses at large.