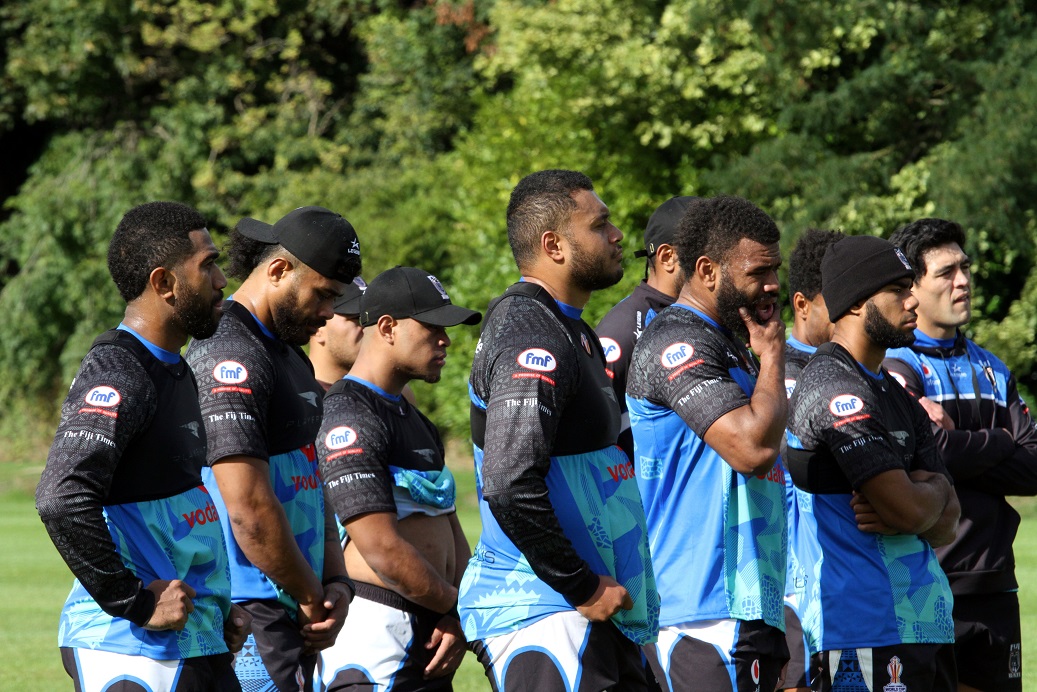 Some members of the Vodafone Fiji Bati squad during a training session in England earlier this week. Picture: FNRL

Natabe said the world game needed more clarity on what was happening internationally and move away from the reliance on the Australian Rugby League Commission and Rugby League Football (UK) to run the world show.

“Troy Grant has taken on another term to lead us as chairman of the International Rugby League and I think the challenge is for all members to work together in putting a good long-term marked year calendar like rugby union does.

“There’s a lack of clarity on what’s happening in international football and that’s one thing we’ll be advocating.

“There’s a lot of work to do in terms of education and sharing part of the funds we get from international outings – we need to move away from the reliance of the Australian Rugby League Commission (ARLC) and the Rugby League Football (RLF). I think the International Rugby League will need to stand on its own two feet and we will have to support its efforts.

“A lot of the commercial aspects around International Rugby League has been predominately controlled by both organisations (ARLC and RLF) and there’s definitely change coming in.”

Natabe said there was a need to have solid commitments from involved parties.

“International football is very important in developing rugby league in other parts of the world and Fiji is no exception to that. That’s why I say moving into this congress and making sure we have solid commitments from the IRL board to give us some sense of direction on what we can achieve internationally.

“By doing that a lot of the spin-offs do come back and develop grassroots rugby league. That’s the missing piece for all these years.”