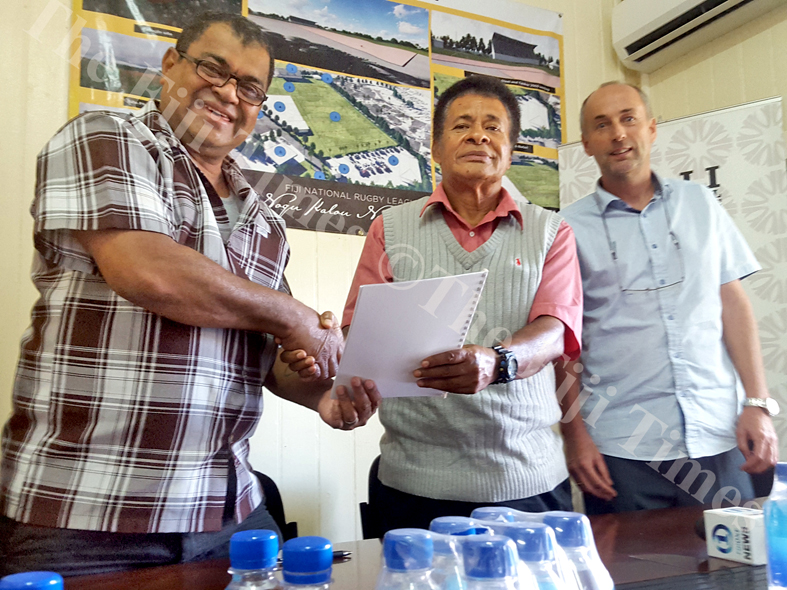 PENI Musunamasi has given so much of his life to his favourite sport, rugby league.

Mention the name Musunamasi and it triggers an automatic reflex which immediately connects him to the sport.

That did not stop him from being one of the greatest administrators of rugby league in Fiji.

His father was a doctor and his mother a nurse.

In 1974, he attended Adi Maopa Primary School in Vanuabalavu, Lau, and then to Ratu Kadavulevu School (RKS) in Tailevu for secondary school education.

He was a member of the Bau House dormitory.

However, two years later when he was in Form Three, he did not attend school.

His parents were reluctant to buy him new uniforms because he kept losing them.

Musunamasi came from a family of rugby players.

A first cousin and also his father’s namesake, Kemueli Musunamasi, represented Fiji against the British Lions in 1977 in Suva.

Peni always had an interest in sports despite his small physique.

He played rugby league in the early 1990s with the Nadera Panthers Rugby Club in Nasinu.

Former Fiji Bati, and former Fiji Bati coach and current Nadera Panthers rugby league team head coach, Vulaono Dakuitoga remarked on a conversation he had with Peni because of his built.

This is because of rugby league.

“One day Peni, myself and a group of players had a discussion after our training session,” Dakuitoga recalled.

“Being cousins, we would joke around with him lightheartedly that he did not have the size to represent Fiji in rugby league in what was then a very brutal game.

“Peni, who always had a reply to everything, told us all, ‘Even though I might not wear the white jersey on the field, I can do a lot more without wearing it’.

“With these words, Peni took as a challenge and his contribution is evident in the modern game today.”

Musunamasi managed the Fiji Bati team six times before becoming the chairman of Fiji National Rugby League in 2002, 2006, and from last year until his passing last week.

As FNRL chairman, Musunamasi took on the responsibilities and lifted the standard of local competitions and improved the welfare of players.

Peni Musunamasi leaves behind a legacy that Fijian sports administrators and athletes could follow.

He was committed to the sport and made a lot of sacrifices to improve rugby league in Fiji and the region.

He can be fondly remembered as a mentor of the sport he loved, a guide to future administrators and today as he is farewelled by the Fijian rugby league family, friends and family members, he leaves behind deeds that can never be mirrored to perfection.

Peni is survived by his wife, four children and six grandchildren.

On his passing, he leaves a memory by being one of our great sports administrators who will have his funeral service at one of the national sporting facilities he always frequented, the FMF Gymnasium.

The funeral service today starts at 9.30am.