FNRL calls for support of the Fiji PM’s XIII 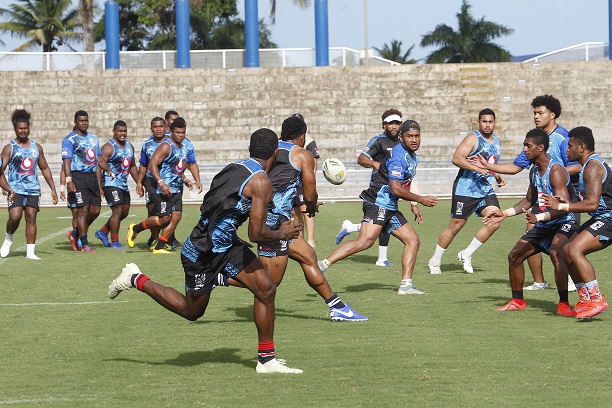 Members of the Fiji PM’s XIII team during their training run before they take on the Australia PM’s XIII at the ANZ National Stadium. Picture: ATU RASEA/FT FILE

FIJI National Rugby League is urging all Fijians to come and support the Fiji PM’s XIII as it takes on the Australia PM’s XIII at the ANZ National Stadium this afternoon.

“It is going to be a rugby league feast and we are making it accessible for everyone that loves the sport by offering free entry to the grass embankment,” FNRL CEO Don Natabe said.

“This is the first time the PM’s XIII is being held in Fiji as it is usually held in Papua New Guinea where it started in 2005,” Natabe said.

“We thank the Australian Prime Minister, Scott Morrison, and the Australian government for bringing the match to Fiji to develop rugby league in the country.”

In the lead up to the PM’s Cup, three matches will be played starting from 12.30pm with the Australian Defense Force (ADF) Women’s Team meeting the RFMF Women’s Team.

The match will be followed by the ADF Men’s Team and the Army Bears.

“This will be an interesting encounter as the Army Bears are finalists in our local competition and historically have never been beaten by the ADF Men’s team,” he said.

PM’s XIII matches are supported by the Australian Prime Minister, and the Department of Foreign Affairs and Trade (DFAT).

Entry to the ANZ Stadium is $25 for grandstand and $7 for concrete embankment, grass embankment is free.