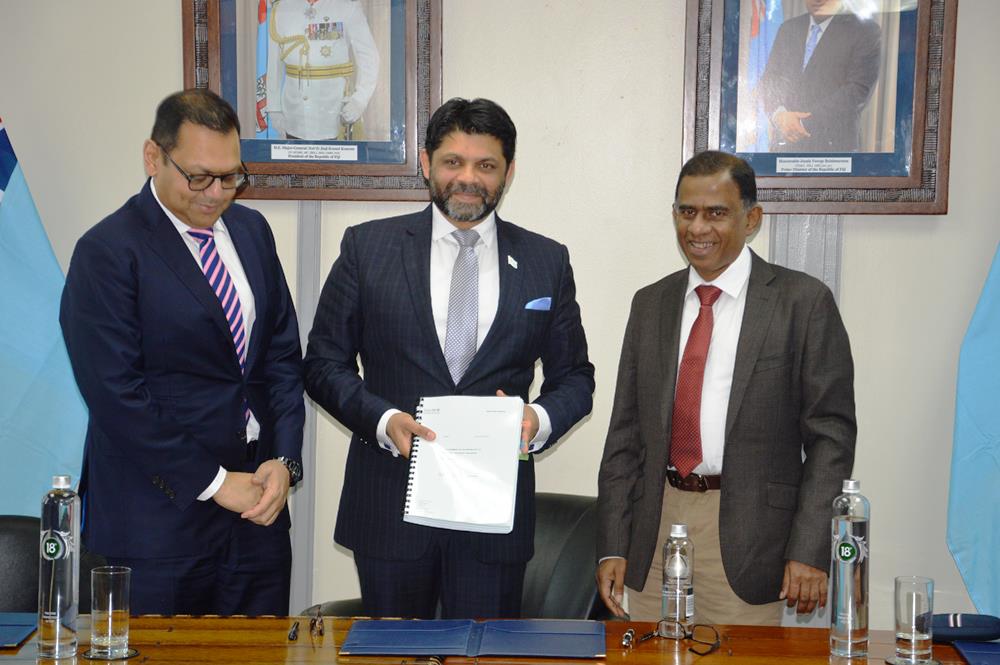 THE Fiji National Provident Fund now owns 20 per cent of shares within Energy Fiji Limited after purchasing 100 million shares from the company.

Speaking during the signing ceremony for the partial divestment of EFL shares today at the Prime Minister’s Office, Attorney-General Aiyaz Sayed-Khaiyum said the new development meant that FNPF would have a representative on the EFL board.

“EFL, as you know at this time is a State-owned enterprise; there is 5 per cent shares owned by ordinary Fijians while the balance of the shares are held by the Fijian Government,” he said.