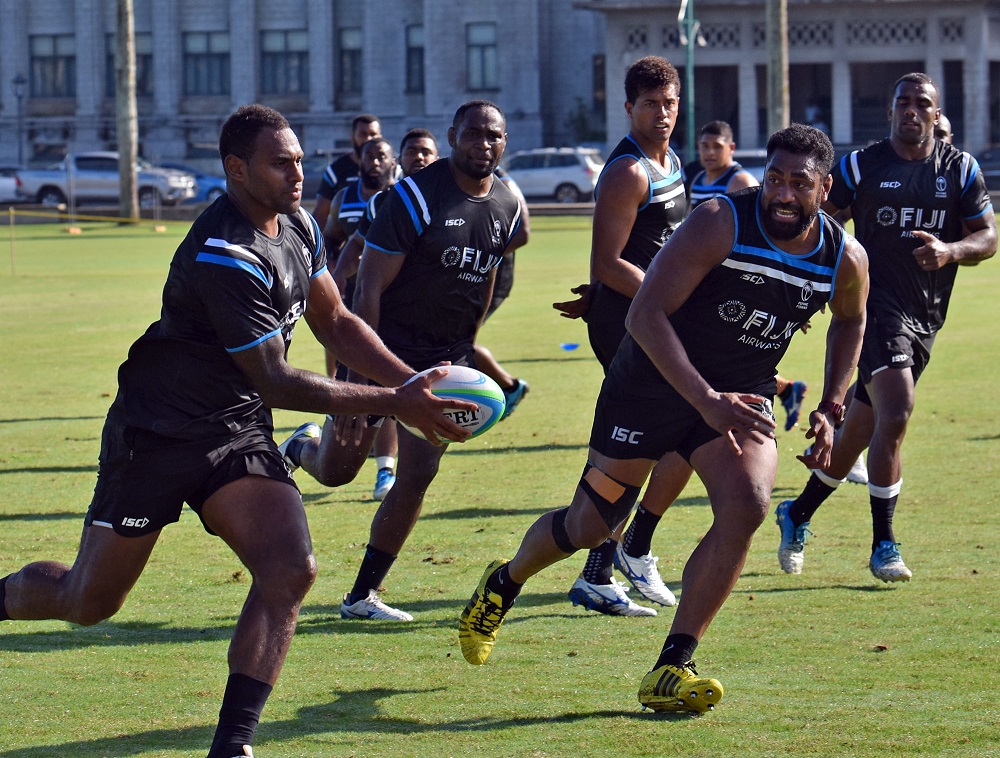 FITNESS to play at Test match level is one of the main areas the Fiji Airways Flying Fijians will be working on ahead of the home and away series against the New Zealand Maori All Blacks and the Pacific Nations Cup.

The extended national squad marched into camp in Suva on Monday and will shift its training base to the Coral Coast from today.

McKee said through their program, they were not only developing the technical skills of the players and their game plan, but also making sure that the players had the fitness to be able to play at the high level successfully.

“Fitness to play at Test match level is very important for us in terms of putting winning performances at the Rugby World Cup,” McKee said.

“We have to be able to play and beat Tier One rugby teams.

“It is not only the coaches, but everyone has to work together throughout the campaign to make sure that as we get closer to Japan we are the best prepared team to leave our shores.”

Fijian Drua’s National Rugby Championship victory last year and the Fiji under-20’s qualification back into the World Rugby Under-20 Championship are seen as positive results coming through the development programs carried out by Fiji Rugby Union.

McKee said the FRU had been running academy programs over the past four years.

“The guys are doing a great job and now you start to see these players come through.

“The Fijian Drua’s performance in the NRC last year was a reflection of the strength of the local-based players.

“It is very pleasing for me to see the Fiji U20 get back into the World Rugby U20 Championship and maintain their status.

“So, on the medium to long term, you will see some quality players coming through and it will be beneficial for the 7s program as well with the young players coming from that program and playing very well.”